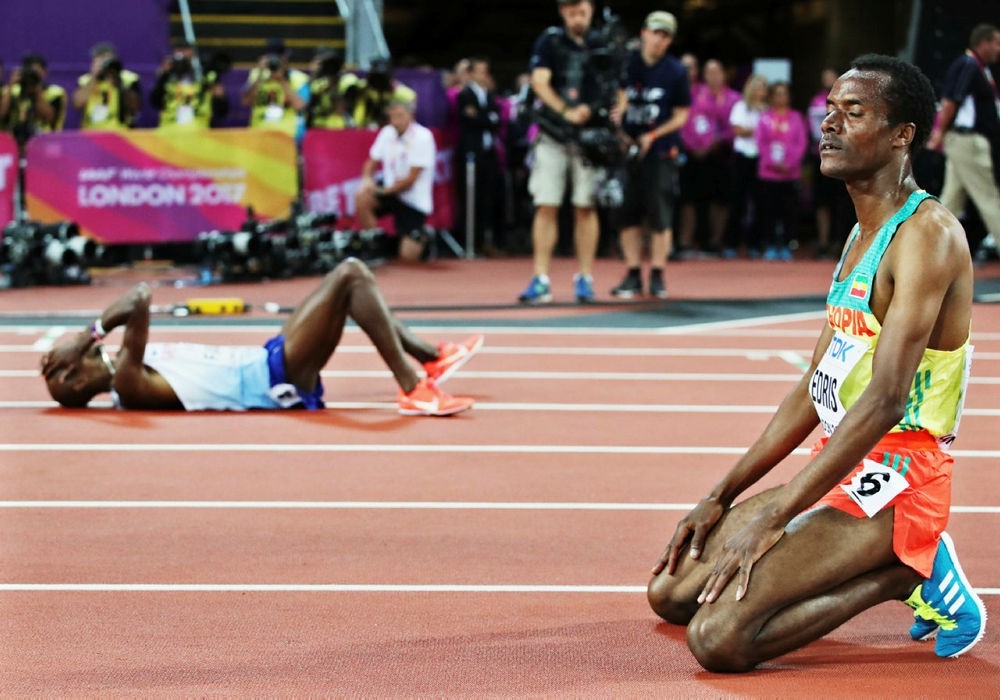 Mo Farah's aura of invincibility after six years of unrelenting success was finally cracked in his very last major track race on Saturday as he lost his world 5,000 metres title to Ethiopia's Muktar Edris.

Seeking a fitting end to his matchless long-distance racing career before moving to marathon running, the 34-year-old Briton's bid for a fifth straight global 10,000/5,000m double was scuppered as he had to settle for the silver.

In a thrilling finale, Farah looked to be completely outgunned by three rivals only to fight back and snatch second place behind Edris, who clocked 13 minutes 32.79 seconds after a searing final lap.

In the dying metres, Farah shot down the inside to overhaul American Paul Chelimo and clock 13:33.22.

Kenyan-born Chelimo took the bronze in 13:33.30 while Farah's late burst also consigned another Ethiopian Yomif Kejelcha to fourth place in 13:33.51.

Just as five years ago when he completed the first of his two Olympic distance doubles on the second Saturday of the programme to deafening acclaim in the same stadium, a 55,000 crowd roared on the home hero.

Yet there was only disappointment as, just like the anti-climax of Usain Bolt winning bronze in the 100 metres the previous weekend, Farah's farewell just fell short of the dream finale.