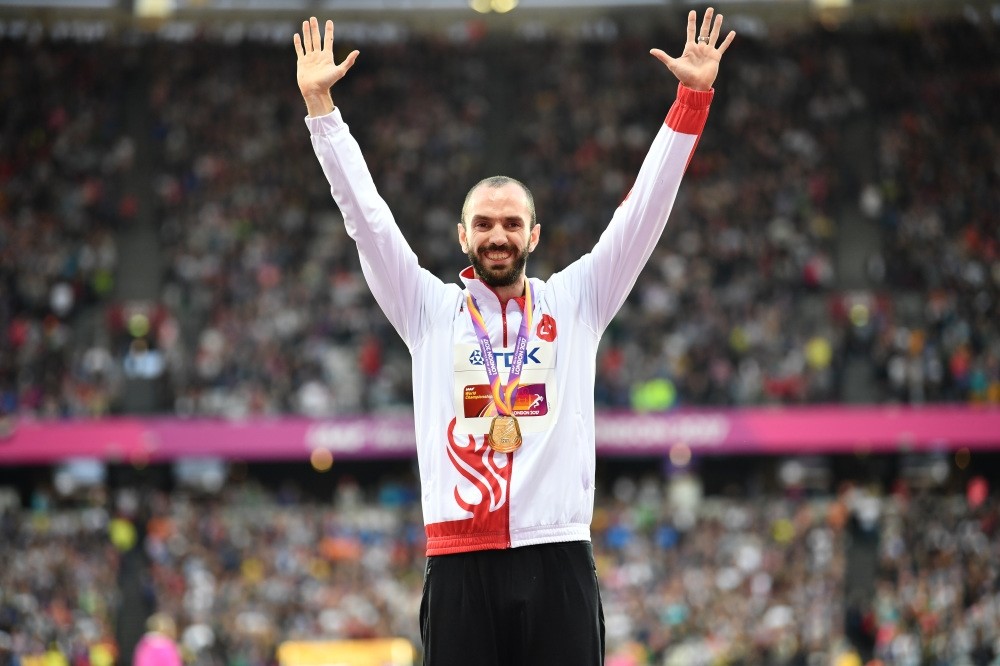 Even though the 2017 World Athletics Championship in London will be most remembered for Usain Bolt's dramatic farewell, Turkey had reasons to celebrate after it made athletics history with Ramil Guliyev's 200m gold medal. The U.S. ranked top in the event with 30 medals and Turkey was 12th with a gold and a silver

Turkey's London World Athletics Championship campaign came to an end as they ranked 12th in the medals tally with a gold and a silver.

The London 2017 event will go down in Turkey's athletics history. They sent a contingent of 27 athletes, their largest ever to the event, and eventually won the first ever gold medal in men's 200 meters sprint and a silver in the men's 400 meters hurdles.

In the process, Allyson Felix became the most successful athlete at the world championships after winning gold with the U.S. 4x400m relay team Sunday, surpassing Usain Bolt, who bid an emotional farewell to the sport. Felix ran the second leg as she raised her overall tally to 11 gold, three silver, and two bronze medals, moving ahead of the Jamaican icon Bolt, who retires with an 11-2-1 haul. She also won the 4x100m relay gold and 400m bronze in London, while Bolt had to be content with a 100m bronze before cramping and failing to finish in his last race on Saturday, the men's 4x100m relay. The Jamaican superstar, however, returned to the Olympic stadium on Sunday after the end of the competition, was hailed one last time and received a framed part of the London track from City Mayor Sadiq Khan, and Sebastian Coe, president of the athletics ruling body IAAF.

"It has been a rough couple of days. It will be emotional. I always tried my best. I just want to entertain and put on a good performance for my fans," Bolt said before embarking on his last lap of honor to the tune of reggae songs. The eight-time Olympic champion embraced his parents at the end, knelt on the finish line and made one final "to the world" gesture before heading into retirement. Felix and her team-mates stormed to relay gold in three minutes 19.02 seconds, with silver for hosts Britain and bronze for Poland. The 2019 worlds take place in Doha, Qatar, which will find it hard to match the enthusiasm and record attendance of 705,000 from London.

British athletics great Mo Farah wants to be known as 'Mohamed' now that he is switching his focus to road racing, he has announced. "My road name is Mohamed," he said. "I just feel like Mo is done. I need to forget about what I've achieved and what I've done (on the track)." Farah, 34, made the announcement after bringing the curtain down on his glittering track career by winning 10,000 metres gold and 5,000 metres silver at the World Championships in London. Somalia-born Farah has won four Olympic titles and six world titles, but he bowed out under something of a cloud due to doping allegations against his American coach Alberto Salazar. He hit out at the media during an emotional press conference on Sunday, accusing them of trying to "destroy" his achievements. "You can write what you like," Farah said. "The fact is I've achieved what I have from hard work and dedication, putting my balls on the line, year after year, and delivering for my country."