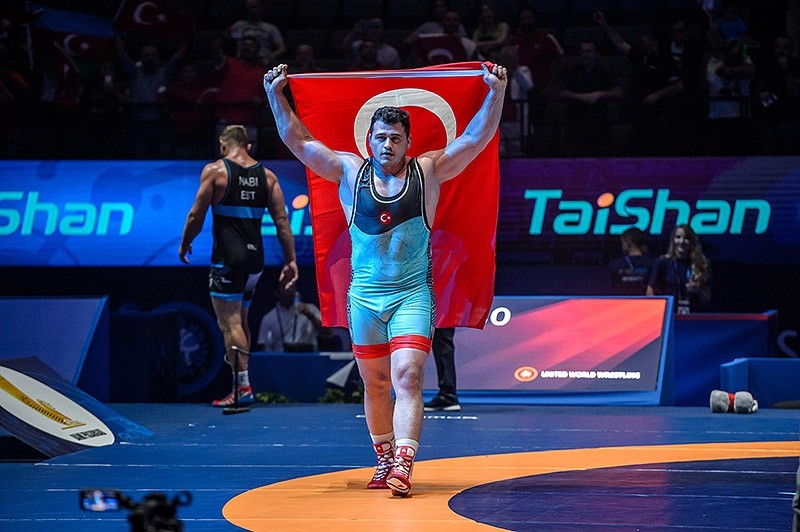 Ru0131za Kayaalp celebrates after winning the gold medal in the men's Greco-Roman 130kg category final at the Wrestling World Championships in Paris. (EPA Photo)
by daily sabah Aug 22, 2017 12:00 am

Kayalp is the second athlete to win a gold medal at Paris after Metehan Başar, who won the gold medal after beating Germany's Denis Maksymilian Kudla in the 85-kg category on Monday.

The 27-year-old athlete from central Turkey's Yozgat province claimed the title two times before at the 2011 championships in Istanbul and the 2015 games in Las Vegas.

The national athlete had also received a silver medal at the Rio Games in 2016. He is also the seven-time European Wrestling Champion.