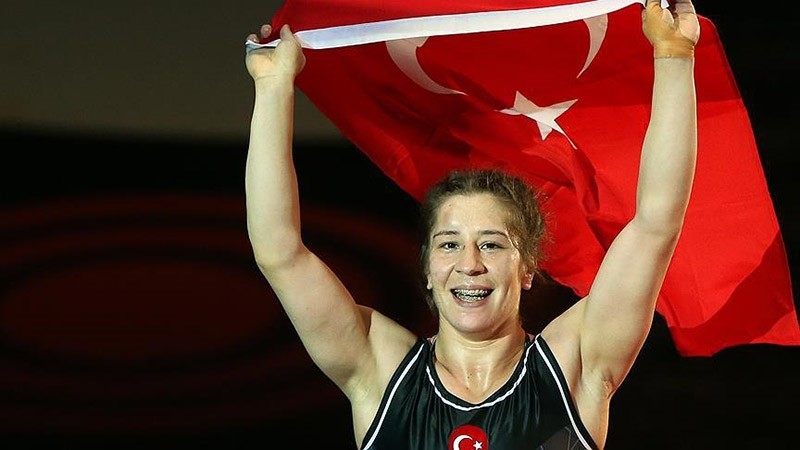 Turkish female wrestler Yasemin Adar claimed a gold medal at the 2017 World Wrestling Championships held in France's Paris, after defeating her Belarusian rival in the final held on the third day of the event.

Adar became Turkey's first female wrestler to win a gold medal at a world championship after defeating Belarus' Vasilisa Marzaliuk with a score of 5-4 in the women's 75-kg division on Wednesday.

After receiving her gold medal from the United World Wrestling's (UWW) Turkish board member Rodika Maria Yakşi in a ceremony, Adar also received a marriage proposal from her boyfriend Erdem Yiğit. 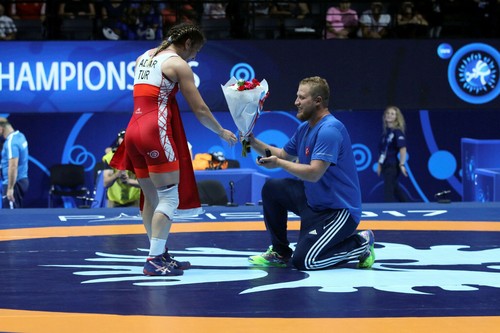 Yiğit got down on one knee on the very same mat where Adar became a world champion just a few minutes ago.

Adar also won two gold medals in a row at the European Wrestling Championships, with the first being at the 2016 Championships held in Latvia's Riga and the second at Serbia's Novi Sad in 2017.