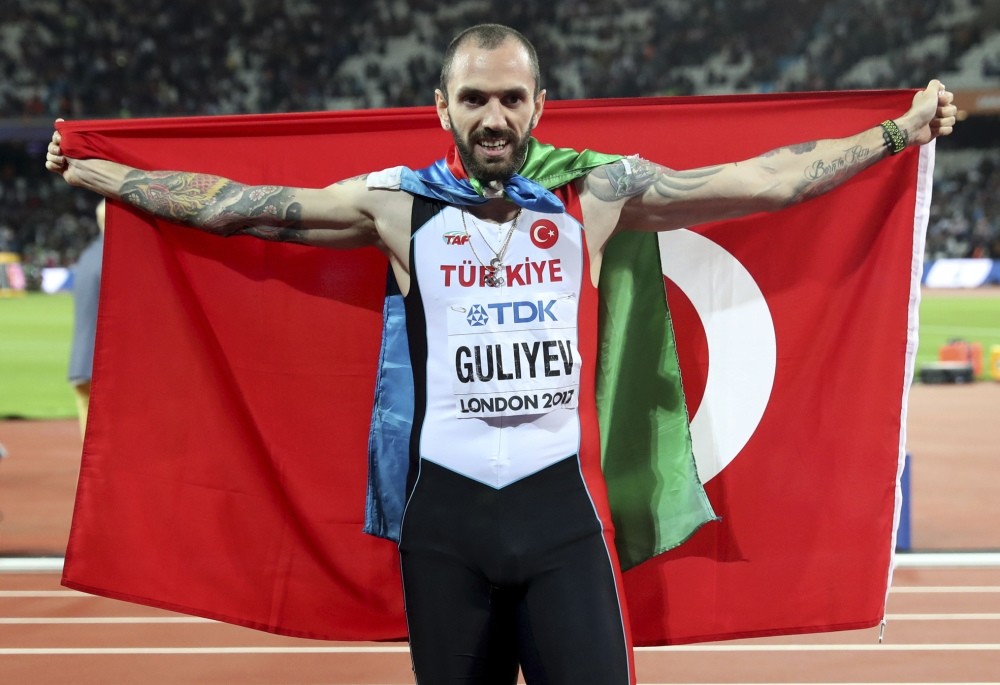 Ramil Guliyev, a Turkish world champion sprinter, is among the nominees for 2017's European Athletics Golden Tracks awards. Guliyev, who is originally from Azerbaijan but competes for Turkey, secured the country's first gold medal in the men's 200 meters at the IAAF World Championships in London in August. A member of Turkey's Fenerbahçe sports club, Guliyev finished in 20.09 seconds, ahead of South African Olympic champion Wayde van Niekerk, who took silver in 20.11 seconds. The European Athletics Golden Tracks awards will be presented during a televised gala evening in Vilnius, Lithuania on Saturday Oct. 14.

"As part of the voting process, fans are able to cast their vote in the four categories across our Facebook and Twitter pages," organizers have said. Social media votes will account for 25 percent of the general vote, which will be open until Sept. 26.

The award ceremony will culminate with the crowning of the male and female European Athletes of the Year, as well as the male and female Rising Stars. The media vote, the member federation vote and the European Athletics Expert Panel vote each account for 25 percent of the vote as well. Fans can cast their vote by retweeting the graphic of the athlete on Twitter or by liking or sharing the corresponding graphic on Facebook. One retweet, like or share equals one vote, but any likes cast on shared posts on Facebook are not counted. Twitter and Facebook votes will then be combined to determine the outcome of the social media vote. The social media vote remains open until Tuesday Sept. 26 12:00 CET.

Shortly afterwards, a shortlist of three finalists will be announced in each category. Olympic 5000m and 10,000m champion Mo Farah and Olympic and European high jump champion Ruth Beitia were named as the male and female European Athlete of the Year in Funchal, Portugal, in 2016, while European triple jump champion Max Hess and Olympic heptathlon champion Nafissatou Thiam were presented with Rising Star trophies.

However, any athlete who has served - or is serving - a two-year doping suspension cannot be shortlisted for a Golden Tracks award.