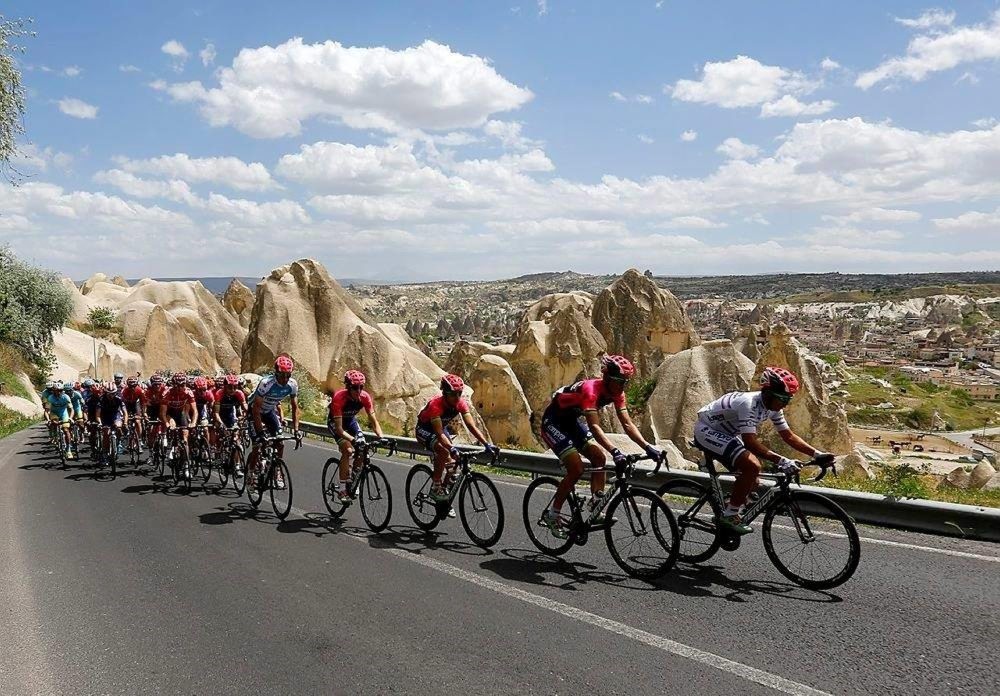 The 53rd Presidential Cycling Tour of Turkey begins today with the first stage kicking off in the Mediterranean district of Alanya. One of the 10 new World Tour events in the 2017 season, the race was originally scheduled for April 18 to April 23, but due to conflicts with other cycling events like the Ardennes Classics, La Fleche Wallonne, Liege-Bastogne-Liege and the Giro d'Italia, it was rescheduled to Oct. 8 to Oct. 15.

The route from Alanya to Kemer constitutes the first of the six-stage event, which will end in Istanbul on Oct. 15. Turkey's biggest cycling event, the tour is attended every year by the president, either at the starting or finishing point. Organized traditionally by the Turkish Cycling Federation, the first Presidential Cycling Tour of Turkey was held in 1963 as the Marmara Tour. The tour earned international status for the first time in 1965.

The tour route will be as follows: