Turkish champion: They took my basketball so I became a boxer instead 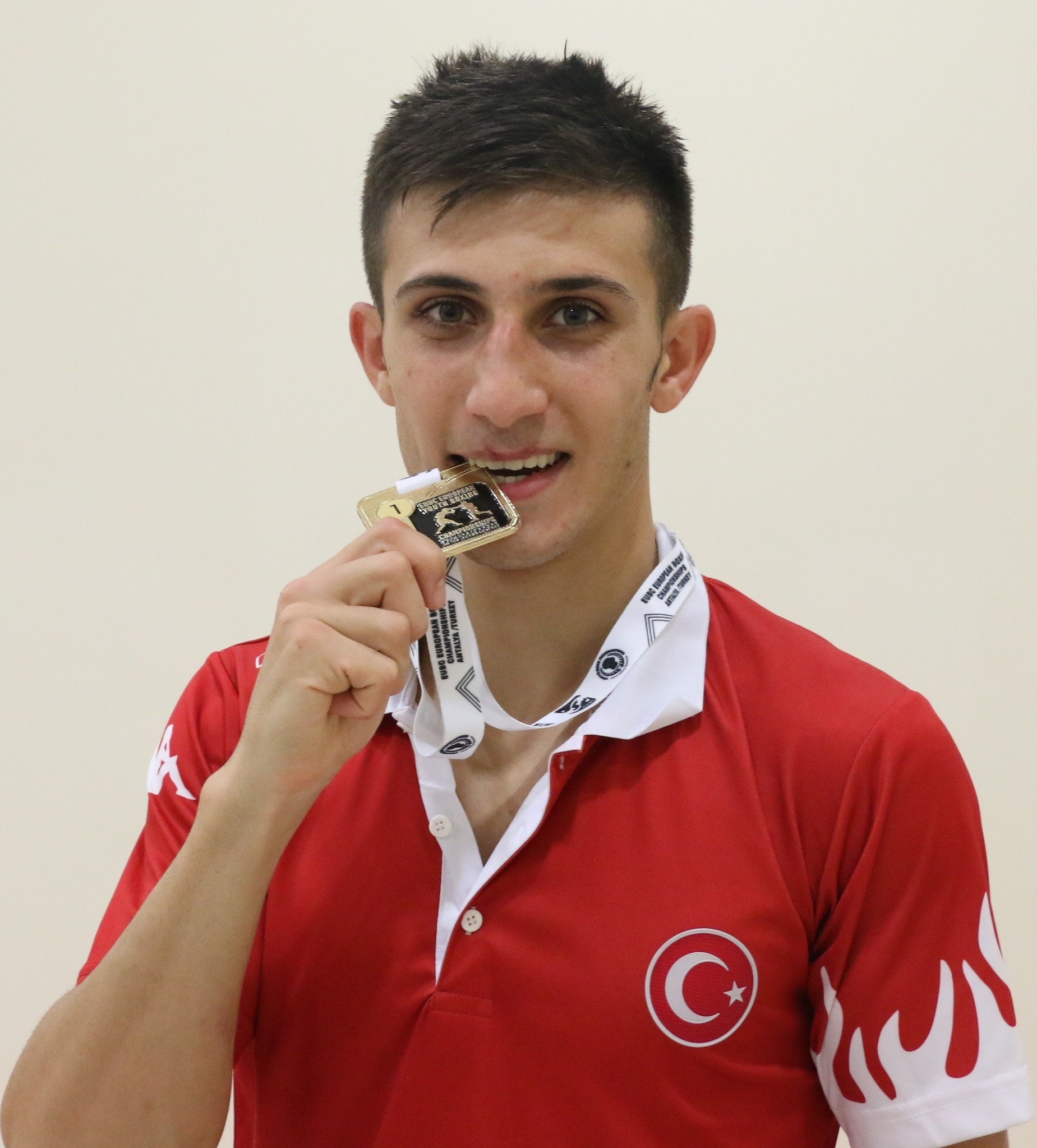 Tuğrulhan Erdemir, the winner of the 27th European Confederation Youth Boxing Championships, shared the story of how he became a professional boxer. Erdemir's journey began when he was denied a place on the basketball court, before eventually finding his way into a boxing ring. Speaking to the Doğan News Agency (DHA), the Turkish boxer said, "My coach asked my father to let me do sports but he refused. He didn't believe that I could become an athlete. Since my coach insisted, he eventually gave his permission. But, my mom wouldn't have it either. So I cried and eventually convinced her."

"At the sports complex, I started playing basketball. My coach would train boxers downstairs. But, a couple of days in a week older kids would come and take our places on the basketball court. I wanted to play basketball but I could not resist them," Erdemir said.

"So while my friends would watch them, I would go downstairs and watch the boxers. That's how my journey in the sport began. The fact that they took the basketball ball from my hand has brought here me today," he said.

Erdemir explained that if it weren't for sports, he would have gone astray.

"Thank God, my coach insisted that I do sports. Now, here I am and I have won the world and European youth titles," he said.

Stating that he was preparing to attend college, Erdemir said, "I am aiming big. So far I have battled in 106 matches. I have lost just six of them."

"I am working hard and believe that I can clinch more world and European golds for my country in the future. Sports have saved my life. I would like to call on our youth to engage in sports so as to keep away from bad habits. Our Youth and Sports Ministry, federations and coaches are taking important steps on this issue," he finished.

Turkey's defending AIBA Youth World Champion Tuğrulhan Erdemir is the host country's best boxer in this age group who was motivated in his final in Antalya. The 18-year-old boxer, who is unbeaten this year, had such a hard road to the finals as he had to eliminate Azerbaijan's EUBC European Junior Champion Bakhtiyar Gazibayov and Ireland's AIBA Junior World Boxing Championships silver medallist Patrick Donovan in the previous rounds. Erdemir ruled the middle of the ring against Russia's Brandenburg Youth Cup winner Musa Maruev in the final and his confident style was enough to get the title in Antalya.