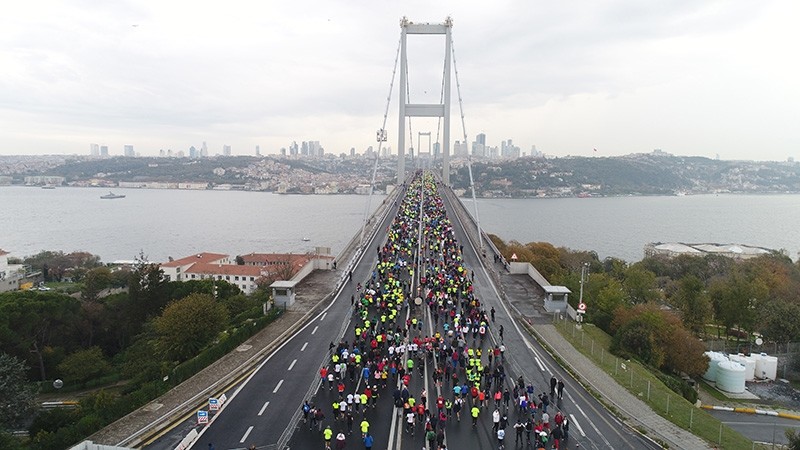 Over 100,000 people participated in the 39th Istanbul Marathon, the world's only cross-continental race, held for the future of the children this year.

The marathon started near the July 15 Martyrs' Bridge in Altunizade district early Sunday.

"We are running for our children, martyrs and a strong Turkey," Minister Bak told reporters before the marathon started.

Some 73 elite athletes, including 24 from Turkey, are participating in the IAAF Gold Label Road Race. Sponsored by Vodafone for the sixth time, the event is expected to break the attendance and racetrack records.

In the men's category, Paul Lonyangata of Kenya, who clocked his best at 2:06:10 in April this year, will be the favorite. He will be closely followed by Kenya's Jacob Kendagor and Ezekiel Kemboi Omullo and Ethiopian athlete Bazu Worku.

There were reportedly over 100,000 participants from more than 100 countries in this year's marathon.