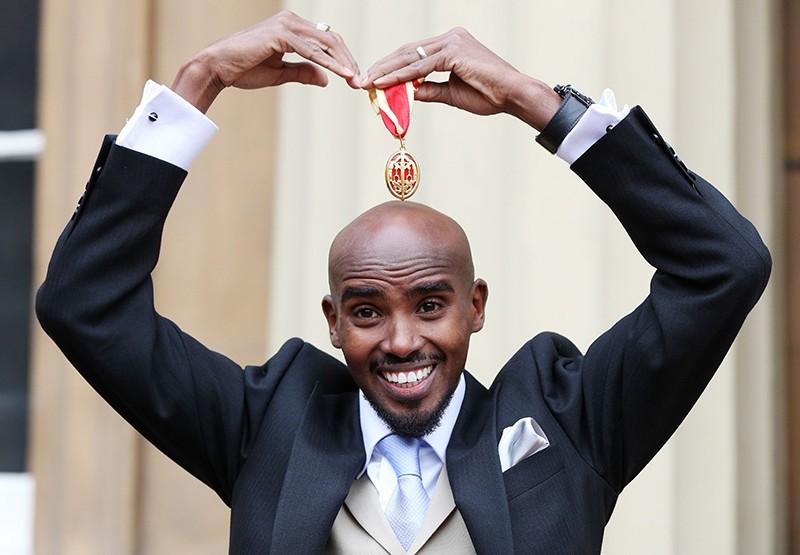 Britain's Mo Farah does his trademark Mobot as he poses with his medal after being knighted as a Knights Bachelor (Knighthood) during an investiture ceremony at Buckingham Palace,London, U.K., Nov. 14, 2017. (AFP Photo)
by German Press Agency - DPA
Nov 14, 2017 12:00 am

Sporting a suit and top hat for the occasion, Somalia-born Farah was honored for his services to the sport of athletics.

"Who would have thought running would get me here. Amazing career. Such an honor to get knighted by her Majesty The Queen," he said on Instagram next to a picture of the special moment.

The 34-year-old ended his track career in summer with 5,000 m and 10,000 m silver at the home worlds in London and now concentrates on the marathon. He also plans to move back to London from the United States.

Farah was pictured doing his famous Mobot gesture after the ceremony but was quoted by The Independent as saying he didn't teach it to the monarch because it was "far too rude — not in Buckingham Palace."