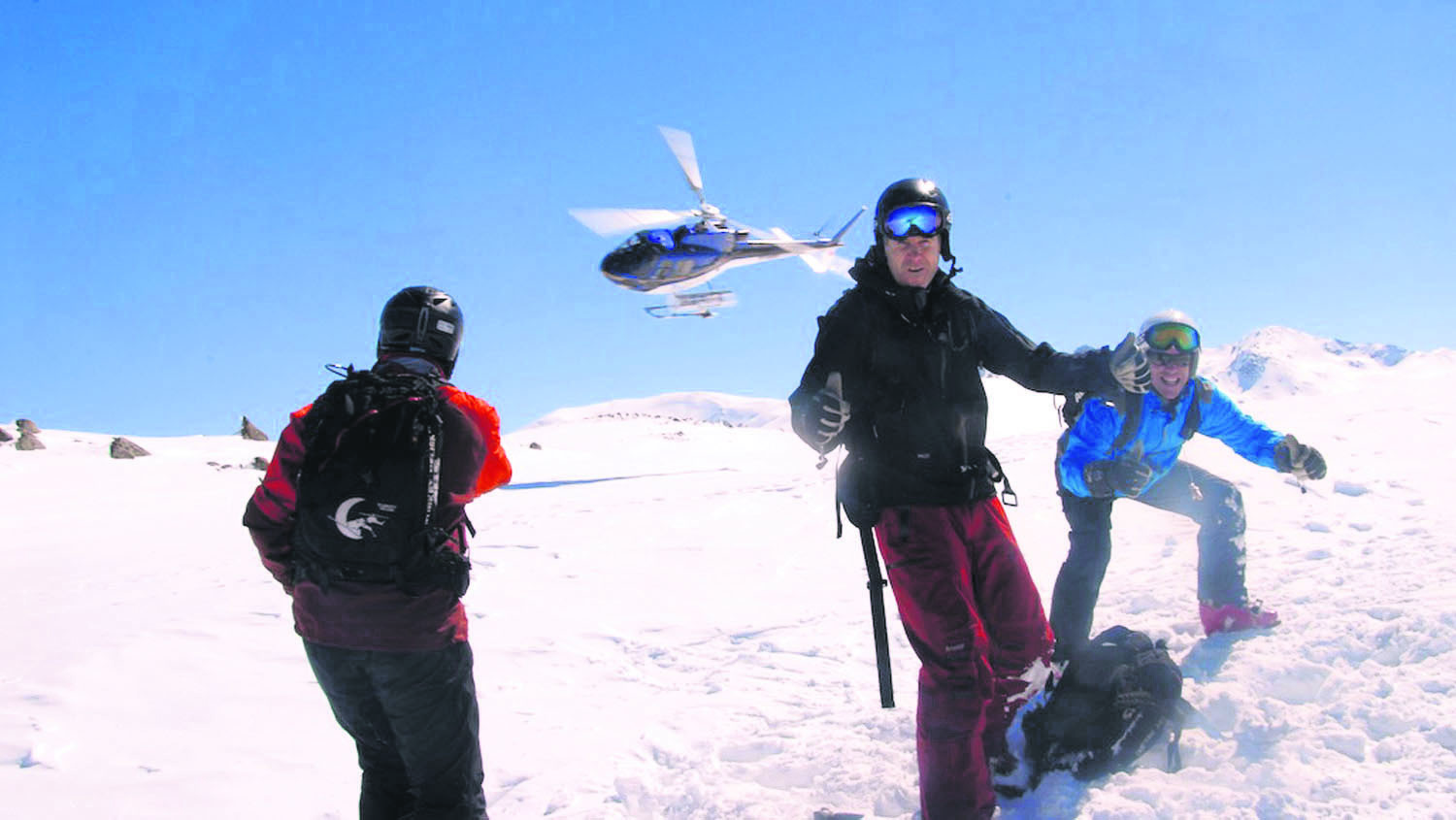 Turkey's northeastern Black Sea province of Rize will host heli-skiing fans at the end of the month as it has been doing so in recent years. Heli-skiing is off-trail, downhill skiing or snowboarding that is accessed by a helicopter, as opposed to a ski lift.

As a sports branch, an event is held annually on the Kaçkar Mountains in Rize. The event, to be held at the end of the month with two helicopters, will see nearly 300 heli-skiing fans from Germany, Switzerland, France, Italy and Russia. Heli-skiing fans will be taken by helicopters and left on the peak of the mountain.

They are willing to pay more than 20,000 euros for a week-long excitement on the snow-covered peaks. The event will continue until the end of March with the permission of the Governance of Rize's Sports Tourism Board. The competitors will enjoy the excitement of going down the valleys and they even will compete against avalanches in order to increase adrenaline. In case the competitors are trapped under the snow, their special bags will open automatically and function as a tent.

The GPS device in the bag sends a signal to the helicopters, easily locating the competitors. Rize Culture and Tourism Director İsmail Hocaoğlu said, "Heli-skiing sports are done solely on the Kaçkar Mountains in Turkey. The event is the peak point for heli-skiing fans with top level experience. This sport contributes immensely to the country's image. An average of 300 people participate in this event every year. There are only 10,000 people who do this sport. It requires a great deal of experience, which is why this sport is done by top-level professional skiers alone."