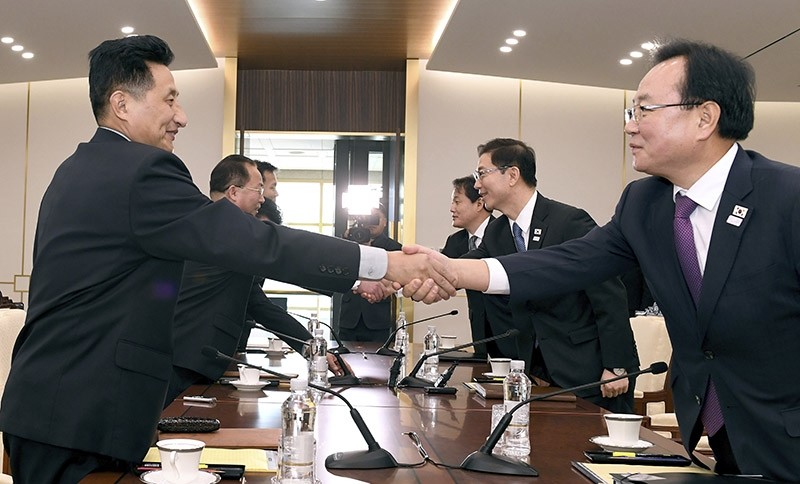 North Korea will send around 230 people as a single cheering squad to the Winter Olympics in the South next month, South Korea's unification ministry said in a statement after officials from the two Koreas held talks on Wednesday.

At a second round of working-level talks, Pyongyang also offered to send its delegation overland to the games, travelling via the border city of Kaesong, news agency Yonhap reported.

The North said its delegation would also include officials, athletes, journalists, an art troupe and a taekwondo demonstration team.

North and South Korea have been talking since last week regarding Pyongyang's participation in the Olympics.

The ministry said the two sides exchanged opinions on several issues, including the size of the North Korean athletics team, joint cultural events and use of the Masikryong ski report in North Korea.

It also said the two Koreas discussed fielding a joint women's hockey team and conducting a joint march during the opening ceremony of the Pyeongchang Games.