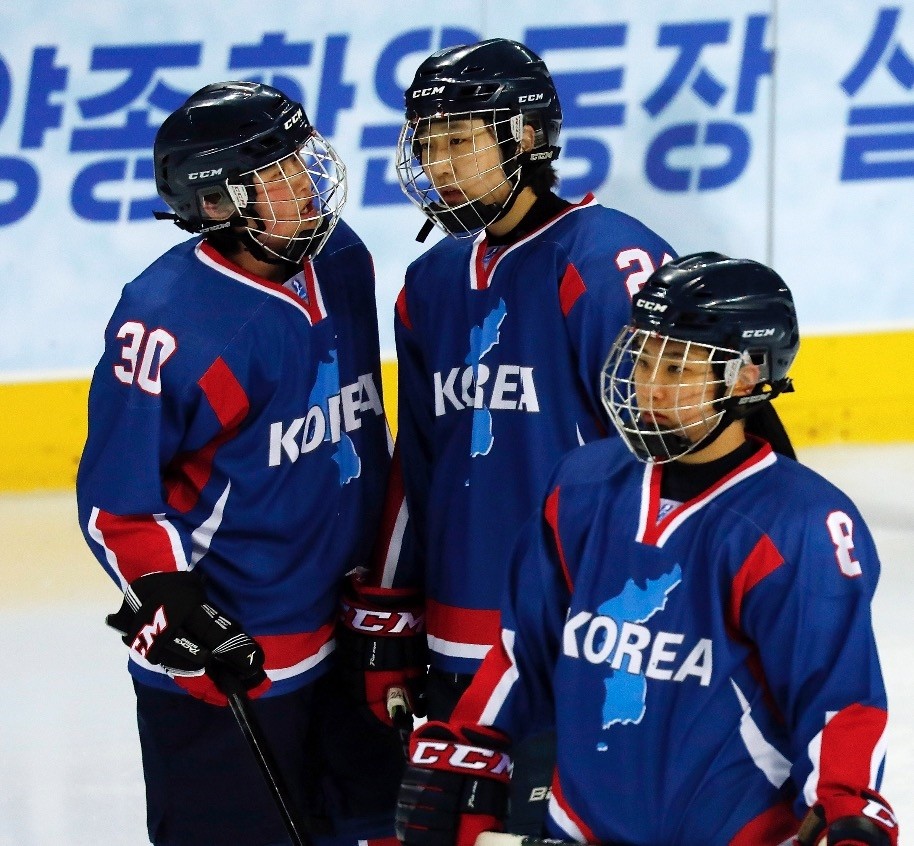 Wearing a powder-blue logo of a map symbolizing peace between the Koreas, the most talked-about team at this year's Olympics finally saw game action yesterday in a friendly that drew thousands of spectators in a country that never previously showed much passion for ice hockey.

The North and South Korean women's hockey players, who only began practicing together a week ago as a combined team, showed plenty of fight in their first competitive test, crashing the boards and throwing their bodies to stop pucks and opponents, but never really threatened in a 3-1 loss to world No. 5 Sweden in Incheon, South Korea. The Koreans will play Sweden again on Feb. 12 during the Olympic tournament.

But the outcome didn't seem to matter to the capacity crowd of 3,000 at the Seonhak International Ice Rink. Fans waved miniature white-and-blue flags showing a unified Korean Peninsula - the same mark on the players' uniforms - and chanted "We are one" while screaming whenever the Koreans got on the break. The Korean players stood to the Korean traditional tune of "Arirang" at the start of the game, instead of their respective national anthems, and received warm applause as they left the arena after the contest.

The joint Koreas team highlights a series of conciliatory measures the war-separated rivals took for the Pyeongchang Winter Games, which South Korea sees as an opportunity to revive meaningful communication with North Korea following an extended period of animosity and diplomatic stalemate over the North's nuclear program.