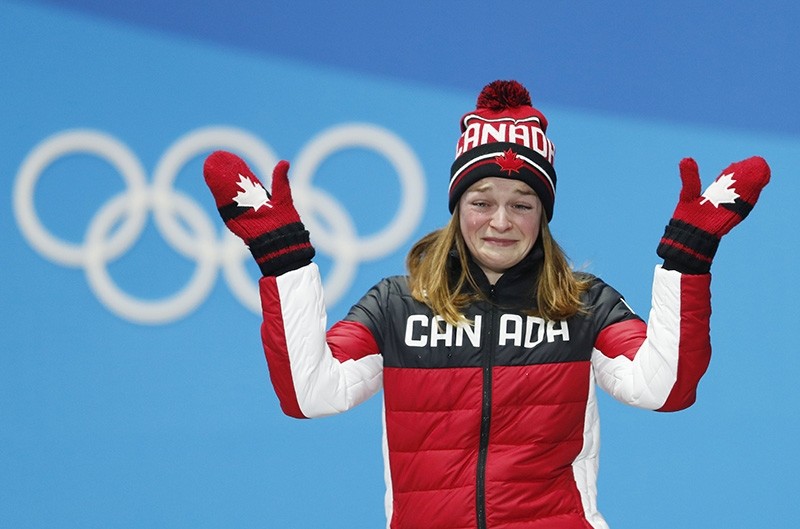 Canadian short track speed skater Kim Boutin's dream of winning an Olympic medal has quickly turned into a nightmare with her social media accounts inundated with abuse and threats from angry South Korean fans after she won bronze on Tuesday.

The 23-year-old grabbed third place in the women's 500-meter final at the Pyeongchang Winter Olympics on Tuesday but her joy was short-lived.

By Wednesday the disqualification of local Choi Min-jeong, who had finished second, triggered a wave of verbal attacks targeting the Canadian, seen as benefiting from what Koreans thought was an unfair decision of interfering.

"Congratulations on the dirty medal," one angry fan wrote. Did you're (sic) papa teach you to cheat for the medal."

"If I find you, you will die," wrote another online user before Boutin was forced to block her accounts.

Short-track speed skating is the host nation's favorite winter sport, with Koreans having won more medals there than in all other winter sports combined.

"None of us can control social media and the public has the right to say what they want but we would ask anyone to respect the athletes and support their work," IOC spokesman Mark Adams said on Wednesday.

"We occasionally have these issues and it is something we don't approve of. Let's stick to supporting the athletes and some great performances."

"We are working closely with Speed Skating Canada, our security personnel and the Royal Canadian Mounted Police (RCMP)," it said. "We will not make further comment on this issue so that Kim can focus on her upcoming events.

This is not the first time South Koreans have vented their anger at a foreign speed skater, with Britain's Elise Christie receiving a similar online treatment at the Sochi 2014 Games after she collided with a South Korean skater.

U.S. Olympic champion Apolo Ohno also felt South Korean wrath in Salt Lake City in 2002 after protesting against what he said was blocked by a South Korean skater who was then disqualified.

The American quickly became the most reviled man in the country, earning the nickname "king of fouls."