Youth beats experience as Visser gets another Dutch gold 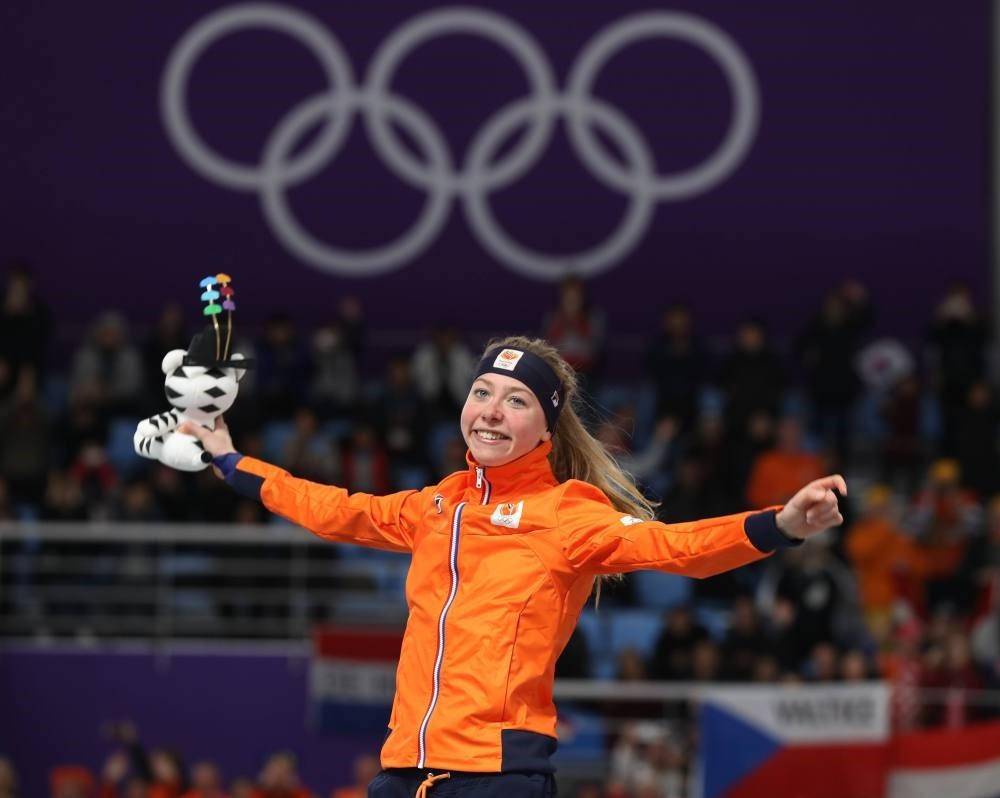 Esmee Visser gestures on the podium after winning a gold medal. She beat two-time defending champ Martina Sablikova in a tough race.
by reuters Feb 17, 2018 12:00 am

In a battle of youth against experience, rookie Esmee Visser came out on top and gave the Netherlands yet another gold medal in Olympic speedskating. The 22-year-old Visser won the 5,000 meters on Friday while 45-year-old Claudia Pechstein faded and fell short of a fourth gold over the distance. "It was a fun skate," Visser said, undaunted but the multiple Olympic champions she faced.

Two-time defending champion Martina Sablikova, who has been troubled by a bad back, gave Visser the toughest challenge until the final lap, settling for silver ahead of Russian skater Natalia Voronina.

Visser was hardly a factor in international skating until she qualified for the Dutch squad over Christmas. But on Friday, she gave the Netherlands a sixth gold medal out of seven races at the Olympic Oval and the first Dutch title in the event in 30 years. Pechstein, who had won three titles over the distance and was still in great form this season, was seeking to become the oldest woman to win a Winter Olympic title. But she faded to eighth place, 15.20 seconds behind Visser. At the Pyeongchang Games, Visser's attitude was as lighthearted as her frame is slight. Although powerful legs usually drive long-distance skaters, Visser weighs only 51 kilograms (112 pounds), the lightest of all favorites in the race.

Visser had a slow start but found her groove and clawed back into contention halfway through. Then she kept her flowing movement going, seemingly floating over the ice while some others ploughed through it. Turning red with effort, Visser won in 6 minutes, 50.23 seconds, holding off the charging Sablikova by 1.62 seconds. "Amazing," Visser told Dutch broadcaster NOS. "Zero times I skated against these girls, women actually. It was really my first contact with them. It worked out well. "I would have been very happy with a second place or a place on the podium. But if you're so close, you want to win. And it is cool that that happened."