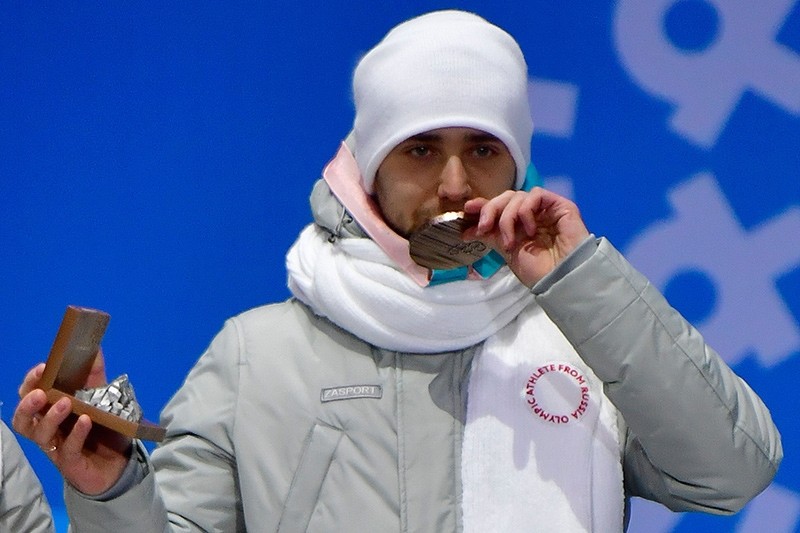 In this file photo taken on Feb. 14, 2018, Russia's bronze medallist Aleksandr Krushelnitckii poses on the podium during the medal ceremony for the curling mixed doubles at the Pyeongchang Medals Plaza (AFP Photo)
by Compiled from Wire Services Feb 20, 2018 12:00 am

The second sample for the doping test confirmed the presence of meldonium, the spokesman for the team of Olympic athletes from Russia, Konstantin Vybornov, said in comments carried by state news agency TASS.

Krushelnitsky, who won bronze in Pyeongchang with his wife in mixed doubles curling, had been under investigation over a suspected anti-doping violation.

The delegation said it could not explain how the substance had ended up in Krushelnitsky's body and it was launching an investigation into the case.