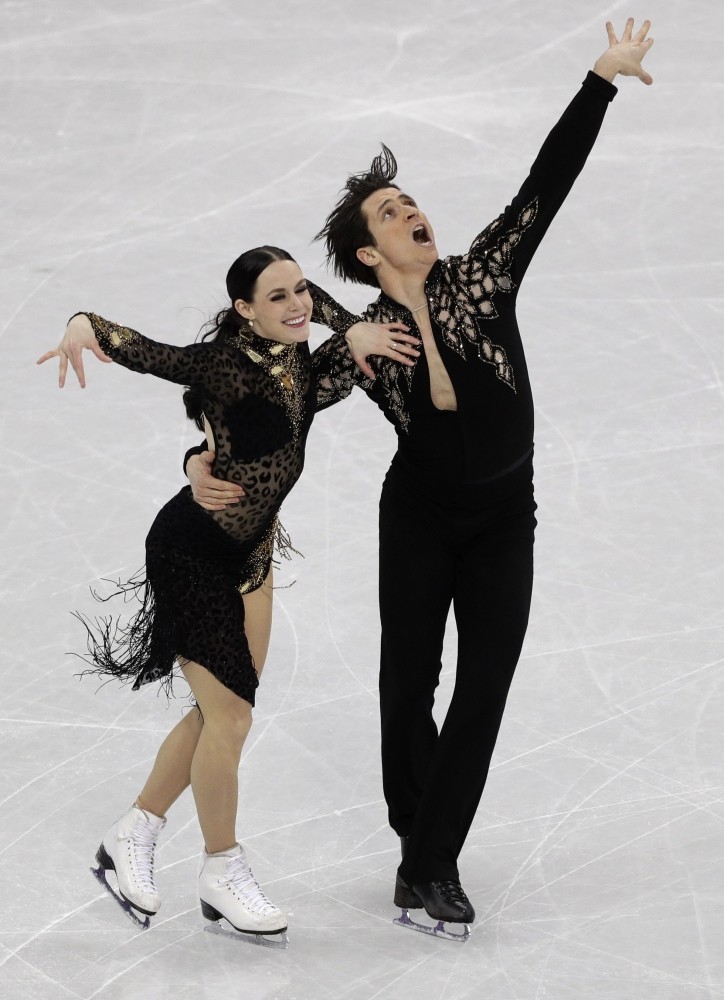 Tessa Virtue and Scott Moir were golden in their final Olympic performance. It's their third gold overall after winning in Vancouver in 2010 and fifth total medal after earning two silvers at the 2014 Sochi Games.Russian curler Alexander Krushelnitsky's second sample has tested positive for the banned substance meldonium, the Russian Olympic delegation said in a statement yesterday.

Slovenian hockey player Ziga Jeglic who became the third athlete to be caught doping at the Olympics said yesterday he tested positive for an asthma drug that he took under doctor's orders.Norway edged Slovenia 2-1 in overtime on Tuesday to win a spot in the quarter-finals of the men's Olympic ice hockey tournament, earning their first Olympic win and a matchup against a fearsome Russian team.

South Korea qualified for a place in the Olympic women's curling semi-finals with a 9-6 win over the United States on Tuesday as Canada's hopes of defending their gold medal hung by a thread following a 7-5 loss to China.