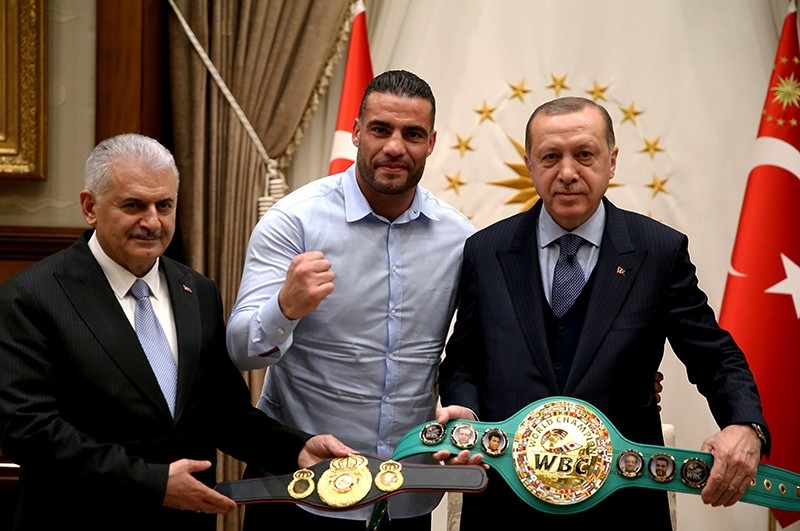 During the reception, also attended by Prime Minister Binali Yıldırım and Youth and Sports Minister Osman Aşkın Bak, Charr presented his WBA belt and one of WBC belts.

Before his visit, Charr said he wanted to thank the Turkish people for the generosity they have shown to the Syrians by giving his WBA belt as a gift to Erdoğan.

Charr, also known as Mahmoud Omeirat Charr, sought asylum in Germany with his mother and siblings after losing his father in a war in Lebanon around 20 years ago.

He was considered a German boxer before he revealed that his application for German citizenship was turned down.

Turkey, for the third consecutive year, has hosted the largest number of Syrians worldwide, which accounts for around 45 percent of all Syrian refugees in the region, according to the United Nations.

In February, the number of Syrian refugees in Turkey surpassed 3.5 million.