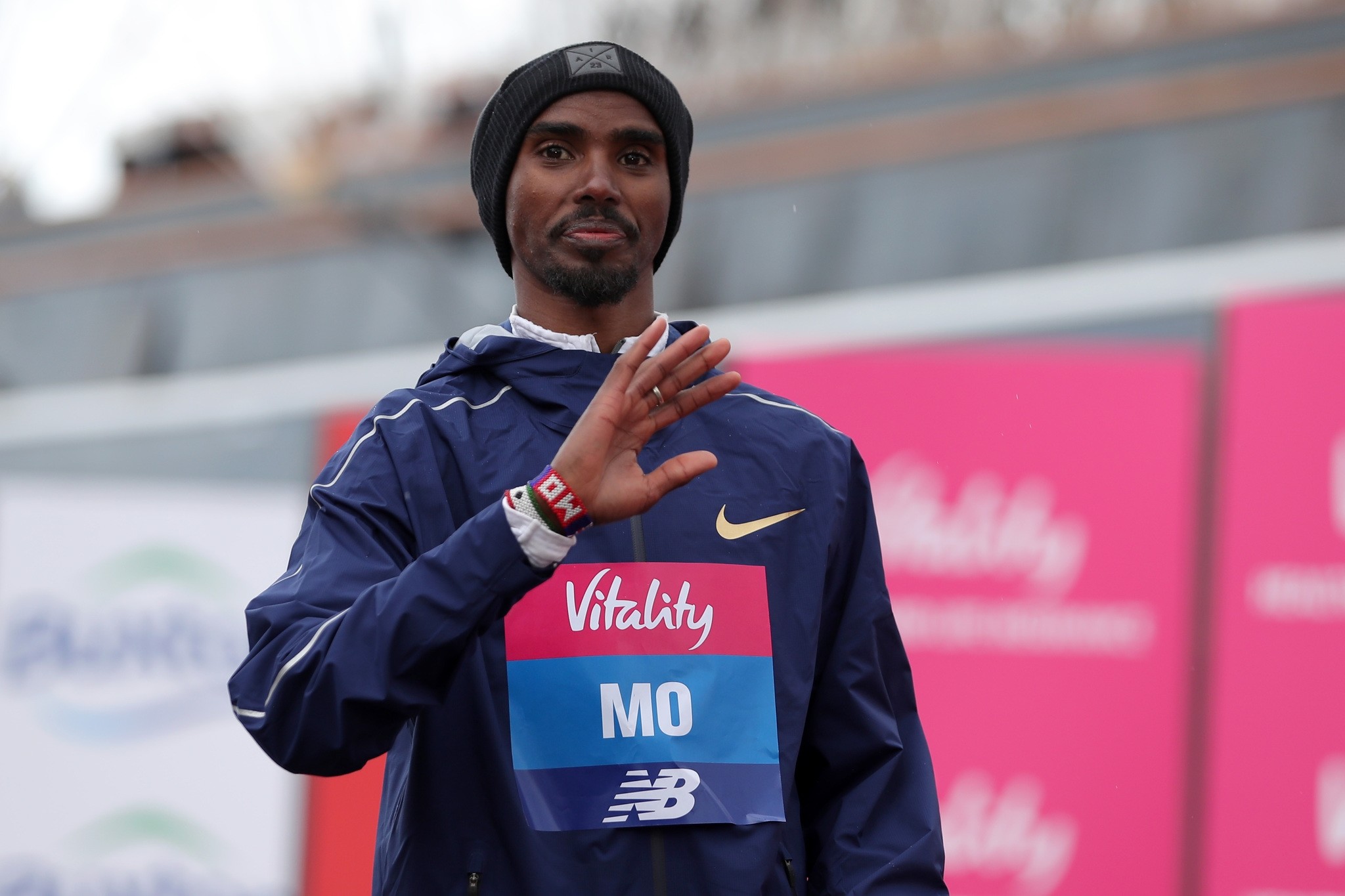 Winner Britain's Mo Farah gestures after the half marathon elite men's race during the inaugural The Big Half in London on March 4, 2018. (AFP Photo)
by Daily Sabah with AA Mar 09, 2018 12:00 am

As the controversy over Munich Airport staff's treatment towards British Olympic gold medalist and the U.K.'s most successful-ever distance runner Sir Mo Farah continues, German federal police have denied the British athlete suffered any racial discrimination at the airport.

A spokesperson for the police told ESPN on Wednesday that there was "no indication of racial harassment by the Federal Police officer at all" and that Farah was in the wrong for not following the security guard's orders and filming in a restricted area.

"It seemed that Sir Mo Farah did not agree with this passenger security check performed on him and blamed this check a racist measure. Obviously he was very upset.

"Sir Mo Farah got more and more upset. He continued arguing and blaming security staff and the Federal Police Officer being racists. At that point Sir Mo Farah started filming the security check area [which] is not allowed. The officer asked him to stop immediately recording.

"As Sir Mo Farah ignored this police order, the officer asked him to leave the security control area and proceed to his departure gate. Mr. Farah persistently ignored this second police order so the officer slightly touched him and tried to direct him away from the security check area to the shopping and gate section what you can see in the video.

The police statement comes after Farah lodged a formal complaint with Munich Airport and the German Federal police on Wednesday over "racial abuse" at a security check point.

A video uploaded by Farah on social media platforms showed him being pushed and dragged by yet-to-be-identified German airport security personnel.

The British athlete repeated the racial harassment claim in the video, saying: "Just in the airport here, got harassed again, again, again."

"Pure harassment, pure, pure harassment. You don't need to push me," he warns the security personnel, the video also showed.

In the video, which went viral on British social media accounts shortly after it was posted, a guard is seen guiding him towards his gate, and another is seen pushing him after he asked "not to be touched."

Farah is seen being repeatedly pushed and shoved in the rest of the video, and one of the guards said he did "not care" when Farah warned the video was live on social media.

"The way you get treated. Did you see that guys? Unbelievable," Farah commented in the video.

A spokesperson confirmed to British daily The Telegraph that Farah "felt subjected to racially-motivated unfair treatment."

"This afternoon, there was an incident at a German airport whilst Mo was traveling back to his training camp in Ethiopia," it said.

"Mo felt that the incident was racially motivated and that he was unfairly treated by the airport security staff."

Mohamed Muktar Jama "Mo" Farah is one of the top British athletes with 10 world and Olympic gold medals.

Farah was born in Somalia to a Muslim family but later he settled in the U.K.

In 2017, he was knighted by Queen Elizabeth II in New Year Honors after his extraordinary success.