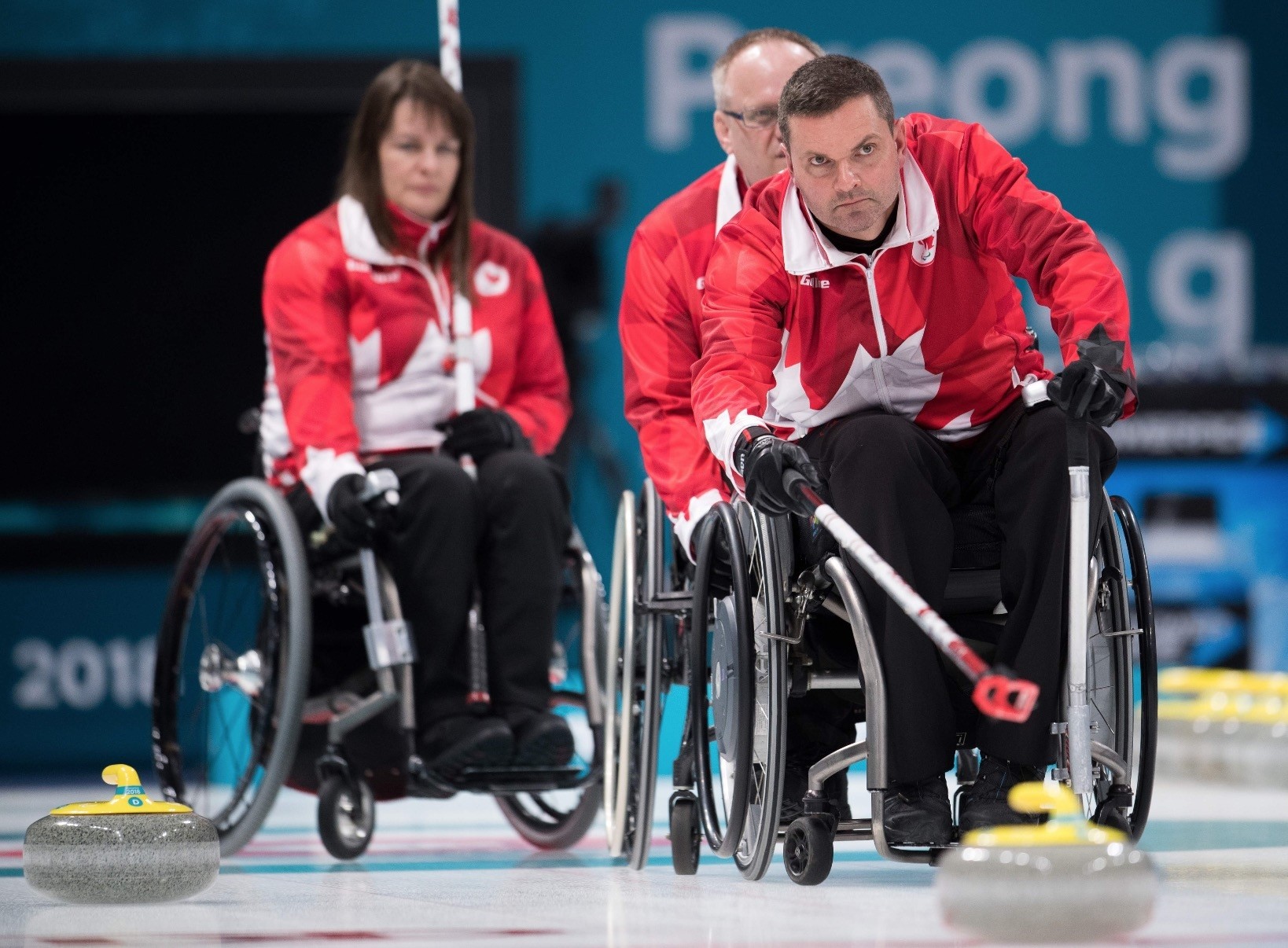 Canadau2019s Mark Ideson (R) attends a wheelchair curling practice ahead of the Pyeongchang 2018 Paralympic Winter Games at the Gangneung Curling Centre.
by Mar 09, 2018 12:00 am

With the Winter Olympics over, it is time for the Winter Paralympics to begin, and North Korea will be taking their first ever team to the games with two athletes competing

Hundreds of athletes have descended on Pyeongchang, high in the snow-clad mountains of South Korea, for the Winter Paralympics. Ahead of the opening ceremony today, here are five talking points:

From Pyongyang to Pyeongchang

North Korea took center stage at the Winter Olympics, and they will also be in focus as they contest in their first Winter Paralympics against the backdrop of a rapid thaw in inter-Korean relations. Cross-country skiers Kim Jong Hyon and Ma Yu Chol are the only two competitors from the isolated state, although it is unclear whether they will parade alongside South Korean athletes at the opening ceremony as happened at the Winter Olympics. North Korea's participation in the Winter Olympics triggered a series of conciliatory moves, including an offer from Pyongyang to consider abandoning its nuclear weapons program.

In another echo from the Winter Olympics, 30 Russians will compete as neutrals as the country remains suspended by the International Paralympic Committee (IPC) over a mass doping scandal. Not everyone was happy with this decision -- German Paralympic Committee President Friedhelm Julius Beucher reportedly slammed it as a "slap in the face to clean athletes." The Russian question also hung over the Winter Olympics where despite two "clean" Russians failing drugs tests, Russia's suspension was lifted by the International Olympic Committee three days after the closing ceremony.

Paralympians are an eclectic bunch, from a heavy metal-loving German wheelchair curler to a Mexican who found unlikely success in mono-skiing and a 61-year-old Japanese ice hockey goaltender. American snowboarder Brenna Huckaby, who lost her right leg below the knee, made headlines when she was featured in Sports Illustrated's swimsuit issue.

A record 650 athletes from 49 countries are taking part, up from about 570 at the last Winter Paralympics in Sochi. They are competing in 80 medal events across six sports -- alpine skiing, biathlon, cross-country skiing, ice hockey, snowboard and wheelchair curling. Organizers say there has been good public interest, with about 275,000 tickets sold so far. One of the most popular spectator sports is para ice hockey, also known as sledge ice hockey. It is a fast and furious game in which players sit in double-bladed sledges and use two sticks to propel them across the ice and to shoot. Alpine skiing and snowboarding are also favorites with spectators.