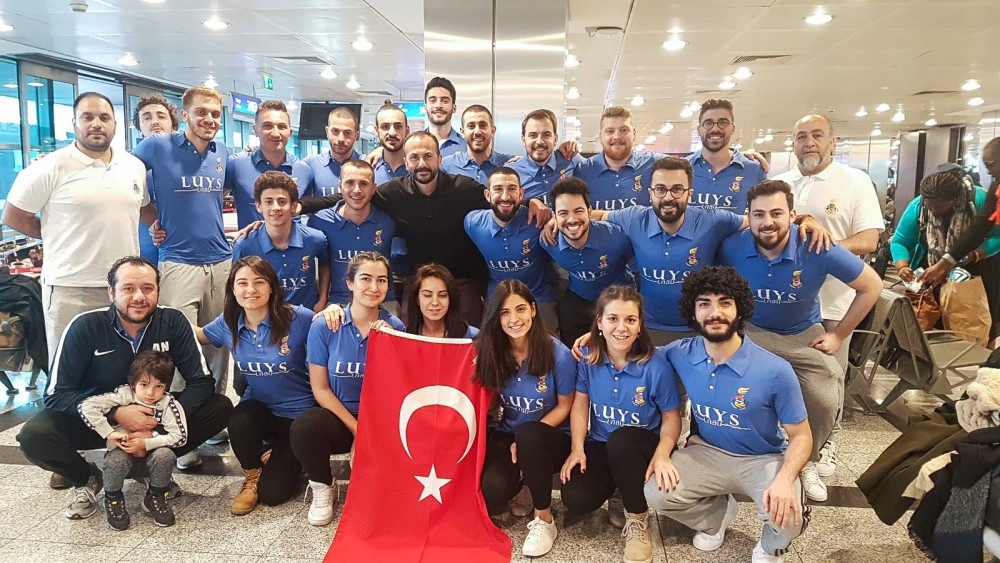 In this yearu2019s Euro-Armenian Games, teams selected from among Istanbulu2019s Armenian community won titles in five different categories.
by Hakan Baş Apr 04, 2018 12:00 am

Istanbul's Armenian community represented Turkey in the recently concluded Euro-Armenian Games 2018 in Vienna, where they won the titles in indoor football, basketball, volleyball and chess

Turkish citizens of Armenian origin achieved great success in the 23rd Euro-Armenian Games (EAG), held in Vienna between March 30 and April 2. The EAG, held in different European countries every year, brought together Armenians from 12 different countries across the continent. In this year's tournament, teams selected from among Istanbul's Armenian community won titles in five different categories.

Turkey was represented by Bolsohay, Sahakyan, Anatolia Futsal and Istabolis. Bolsohay beat Parisian Nubar 2-1 in the futsal final. Bolosohay's Harutyun Kuran was selected the best goalkeeper of the tournament. Fide Master Ari Kiremitçiyan won 10 out of 10 games in chess to take the crown. Meanwhile, Bolsohay's volleyball team, coached by Alen Narsüz, beat Armenia's Adaam 2-0 in the final to become the champion. Under Aleks Karaköse's management, the Sahakyan basketball team won the title by beating Austria's Ararat Wien 33-12. Club Bolsohay officials said their biggest wish is that the tournament is held in Istanbul next year. 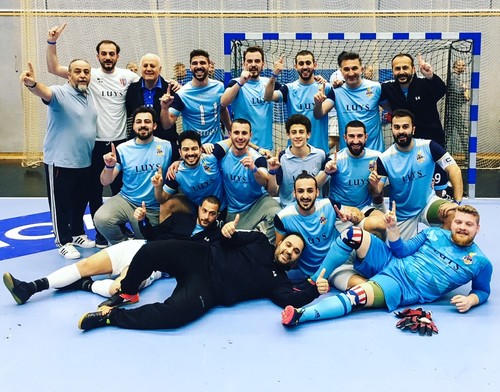 Aram Ateşyan, the acting patriarch of the Armenian Patriarchate of Turkey, congratulated the Istanbulite-Armenian athletes, saying, "In a time when we need unity and solidarity, you have made us and our country very proud with the superb performances in Vienna."

"Every success is the result of hard work, huge effort and belief. I congratulate the athletes, the managers and everyone, who contributed to this success, and represented our country in the best way possible. Our prayers and blessings will be with you," he added.

The Armenian Sports Association ARARAT of Vienna hosted the 23rd Euro Armenian Games. The event was held under the auspices of Armenian Ambassador to Austria Dr. Arman Kirakossian and Dr. Michael Haupl, mayor of Vienna. A total of 55 delegations, guests, sports fans, as well as more than 730 sportsmen from various European countries participated in the tournament. The athletes competed in basketball, volleyball, badminton, mini football, table tennis, backgammon and chess in the men's, women's and junior categories.

The games is a sport and a social event that brings together the Armenian athletes, sports fans and representatives of Armenian communities in Europe.

The tournament is held annually on Easter with the exception of the years when Pan-Armenian Games take place in Armenia. The main objective of the EAG is to bring all the Armenian athletes of the various European communities and organizations, regardless of their political and religious leanings, to an annual sports event. Along with the competition in the various sports arts and enhancing their athletic capabilities, the tournaments also intend to unite the Armenian athletes through sports, thereby enabling them to establish and renew friendly and social contacts, strengthen the cooperation between the various Armenian organizations and entities, according to EAG's website. 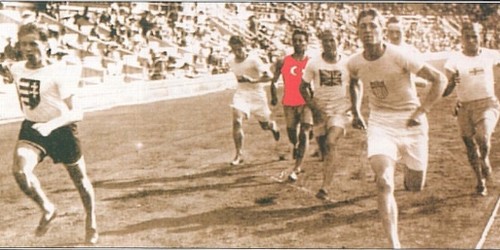 Vahram Papazyan (3rd from left) who represented the Ottoman Empire in the fifth Summer Olympics in Stockholm 1912, is seen in a press clipping.

Historically, two Armenian athletes, Mıgırdiç Mıgıryan and Vahram Papazyan represented the Ottoman Empire in the 5th Summer Olympics, Stockholm 1912. It was the empire's (referred to as Turkey) first participation in the event.The two athletes wore jerseys carrying the Ottoman coat of arms, which were sewn by the wife of the then Ottoman ambassador to Sweden. Papazyan competed in track and fields and Mıgıryan participated in shot put, discus throw, two hand shot put, pentathlon and decathlon.

In his memoir, Papazyan wrote, "When I arrived in Stockholm, I saw that the streets and big buildings were donated with participant countries' flags but I could not see any Ottoman flag. This made me very upset. I went to the Ottoman embassy and urged the officials to take action."

Ottoman athletes of Armenian origin were also active in other sports. In the early 20th century, Armenian Games were organized a number of times.