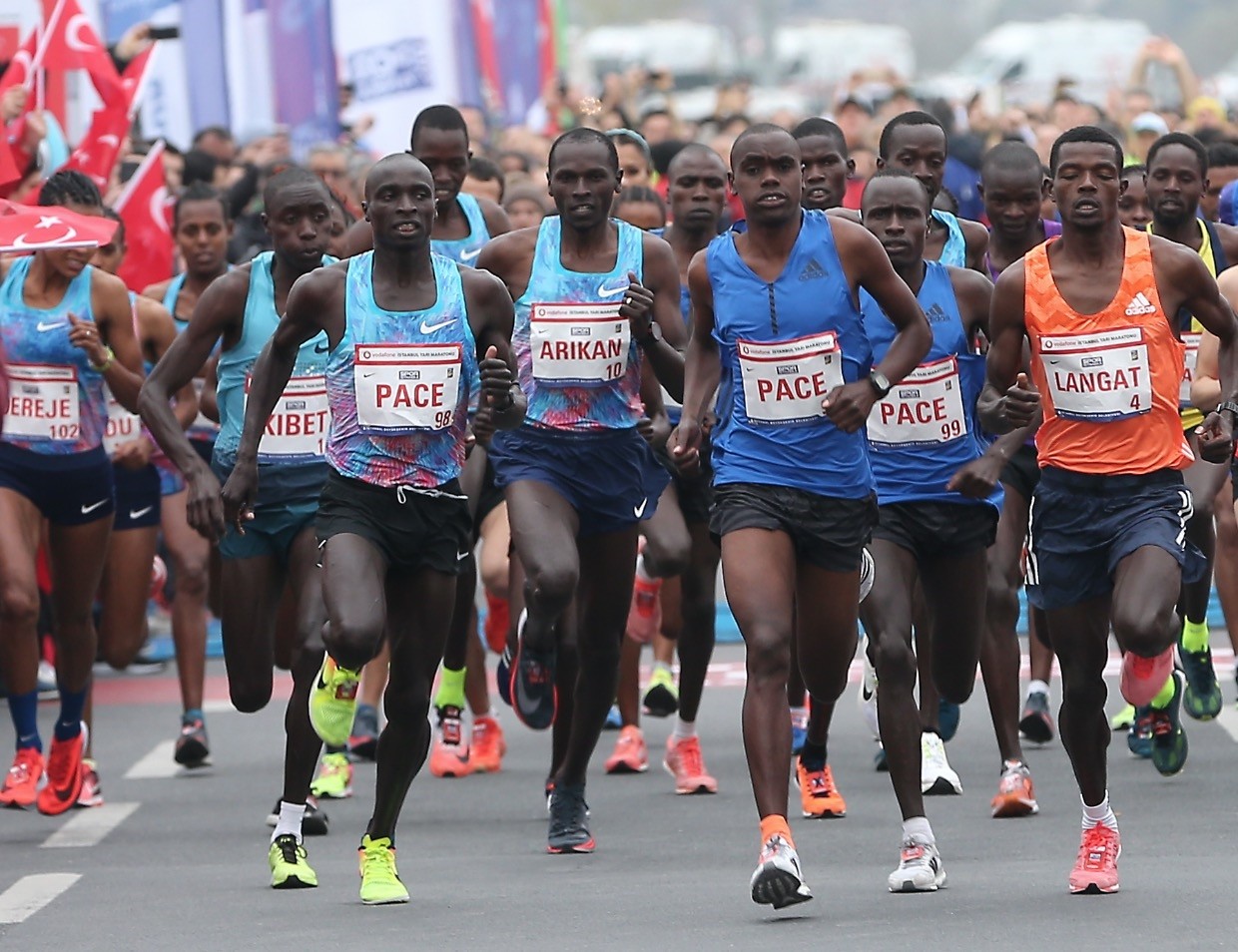 Thousands of athletes gathered in Turkey's biggest metropolis early Sunday to take part in the 13th Vodafone Istanbul Half Marathon, one of world's top marathon events. The Istanbul Half Marathon is an annual road running event over the half marathon distance (21.1 kilometers) that takes place in April on the streets of Istanbul.

Ethiopian athletes have left their mark on this year's event, which is now considered an International Association of Athletics Federations (IAAF) Gold Label Road Race, by winning both in the men's and women's categories.

More than 8,000 athletes from 50 countries participated in the half marathon which also included a 10-kilometer race along with the 21-kilometer half marathon.

In the elite category, Walelegn clinched the title with 59 minutes, 50 seconds on the clock, followed by Ethiopia's Terifa Debela with 1:07 and Turkish athlete Kaan Özbilgen with 1:08.

Özbilgen broke the Turkey's half marathon record, which belonged to Ali Kaya previously, by eight seconds.

African athletes also dominated the elite women's category. Ababel Yeshaneh of Ethiopia won the race with 1:06.22 on the clock while her fellow Ethiopian Roza Dereje finished the race with 1:07 and Kenyan Diana Chemtai Kipyokei followed them with 1:07.55.

Here's how male Turkish athletes ranked against each other: 1. Kaan Kigen Özbilen (1:00.08)

The men's half marathon champion Amdework Walelegn also broke the track record with his 0:59.50 time. Walelegn broke the 1:06.19-record, which was broken by Tanzanian athlete Ismail Juma last year, and became the first athlete to run the half marathon in under an hour.

Meanwhile last year's half marathon champion İsmail Juma, who died in a traffic accident, was commemorated at this year's event.

Meanwhile, Vodafone Turkey Vice Chairman Engin Aksoy said, "Vodafone Turkey gives importance to all branches of sports, but especially to marathons, which are attended by huge number of sports lovers around the globe. We believe that marathons contribute to the urbanity and sportsmanship of Istanbul as well as to its global brand value."

"We have not confined ourselves by only giving our brand name to marathons, but also by making communication investments and support their familiarity globally," he added. "This is the fourth time we sponsored the Istanbul Half Marathon and we have continually improved the quality of the event. As a result, the event has been chosen as one of the best 10 marathons in the world by the IAAF. We are very proud. We will continue to support the Vodafone Istanbul Half Marathon."

The half marathon route, starting from the Yenikapı Minting Alanı, by the coast, it turned towards Eyüp. The route continued through Kumkapı, Sirkeci, Eminönü, Unkapanı, Fener, Balat and after reaching Feshane, it made U-turn near the river located at Eyüp Kavşak. The race then follows the previous route to end at the starting point in Yenikapı.