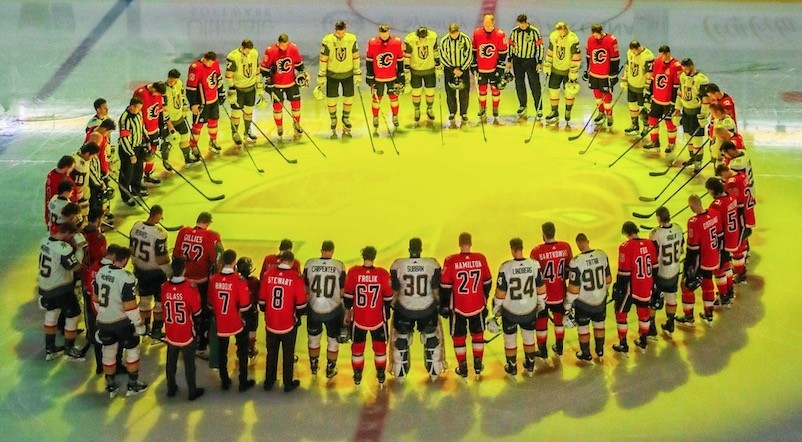 Ice hockey teams around the world expressed shock and paid tribute weekend to the Canadian junior team whose bus was involved in a crash that killed at least 15 people. The Humboldt Broncos were on their way to compete in a playoff game against the Nipawin Hawks when their bus collided with a tractor trailer about 185 miles (300 km) north of Regina in Saskatchewan. Toronto Maple Leafs coach Mike Babcock, who grew up nearby in Saskatoon and went on to steer the Canadian ice hockey team to back-to-back Olympic gold medals in 2010 and 2014, began a pre-game news conference fighting back tears.

"I can't even imagine being a parent, or the wife, or the kids at home, going through something like this," he said.

"The hockey world is an unbelievable world. You can't make up for loss, you just can't. It's going to rip the heart out of your chest. We pray for those families and think about them."

Sorrow was felt far beyond hockey-loving Canada: the International Ice Hockey Federation (IIHF) carried the Humboldt Broncos logo on its website's homepage and said a moment of silence was scheduled ahead of Saturday's game between Poland and Estonia in Tallinn, Estonia's capital. Another moment of silence will be observed before Sunday's match-up between Latvia and Kazakhstan in Riga. Established in 1970, the Broncos are in the Saskatchewan Junior Hockey League (SJHL), which is for players aged 16 to 20.