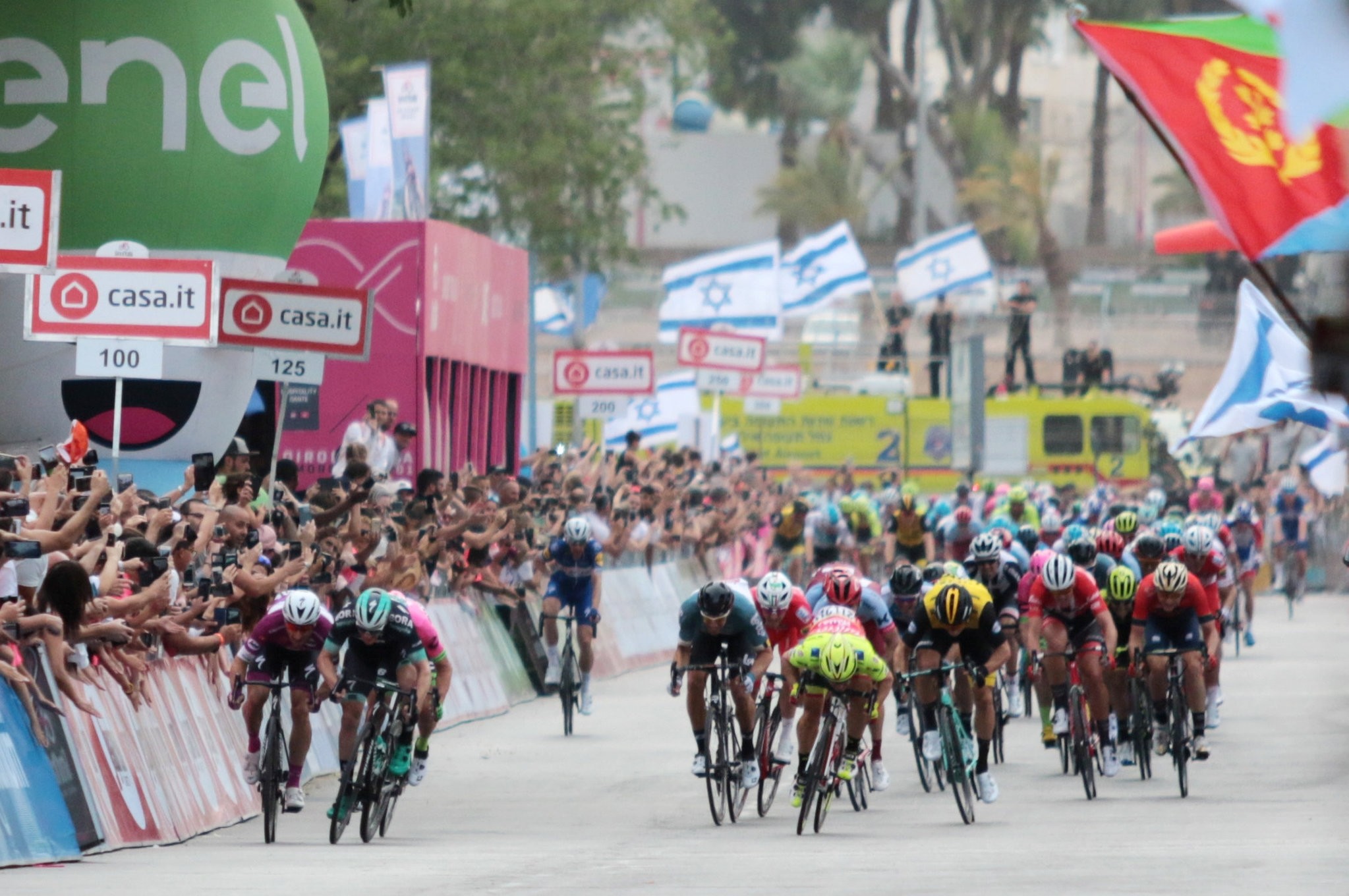 Palestine expressed outrage at teams from the United Arab Emirates and Bahrain for taking part in the opening legs of the Giro d'Italia cycling race in Israel over the weekend, which they say undermined Arab solidarity with their cause.

The presence of the Gulf states' teams in the top cycling race -- which has now moved on to its home territory in Italy -- broke a boycott of Israel in place since the start of the Arab-Israeli conflict in 1948.

In an unusually barbed statement to a fellow Arab country, the Palestinian Olympic Committee said their participation was "a stab in the back to the great sacrifices made by the Palestinian people ... and a free service for the occupation."

None of the cyclists in either of the 8-men teams -- Bahrain–Merida and UAE Team Emirates -- appeared to be Bahraini or Emirati citizens and were almost all European, according to profiles on the event's official website.

However, in an important break with traditional Arab protocols on events in Israel, the riders wore jerseys emblazoned with national colours and brand names of sponsors, state-owned Emirates Airlines and the Bahrain Petroleum Company, the official twitter accounts for the team websites showed.

Individual Israel athletes have periodically participated in sporting events in Gulf Arab states, such as a tennis player at the Qatar Open in January. But team participation and the display of flags have previously been rare.

The move comes as Palestinian anger has mounted over the United States moving its embassy to Jerusalem, expected next week, and Palestinians mark the 70th anniversary of what they call the "Nakba" or "Catastrophe" when hundreds of thousands fled or were driven out of their homes when the state of Israel was created in 1948.

The Gulf teams' participation in a race in Israel may signal thawing ties among the U.S.-allied states who share a common enemy in Iran but drew some accusations that they were abandoning the Palestinian cause.

Along with most other Arab and Muslim states, the two countries do not recognize Israel out of solidarity with Palestinians who seek a state in Gaza and the Israeli-occupied West Bank and East Jerusalem.

"We were shocked ... Israel is trying to polish its image by hosting this race," she told Reuters in the occupied West Bank city of Ramallah.

"The UAE and Bahrain know a lot about our cause and there was no need for us to explain to them why they shouldn't take part," she added.

Saudi Arabia, the powerful main ally of the two smaller Gulf states, has been working closely with the United States on a new Mideast peace plan in a bid to solve the 70-year-old conflict as Israeli and Arab worries rise over Tehran's regional influence.

In November, an Israeli cabinet member disclosed covert contacts with Riyadh, a rare acknowledgment of long-rumoured secret dealings which the kingdom still denies.

Saudi Arabia's crown prince, Mohammed bin Salman, said in a published interview last month that Israelis were entitled to live peacefully on their own land, in a rare acknowledgement of Israel's right to exist by a senior Arab leader.

While official ties may be quietly improving, the diplomatic moves are viewed with suspicion by many Arabs for whom Jerusalem and Palestinian statehood are treasured causes.

"It's a mistake," Abdullah al-Shayji, a professor at Kuwait University, wrote on his Twitter account about the Gulf teams racing in Israel.

"Normalization with the occupation entity should be rejected, no matter what form it takes."