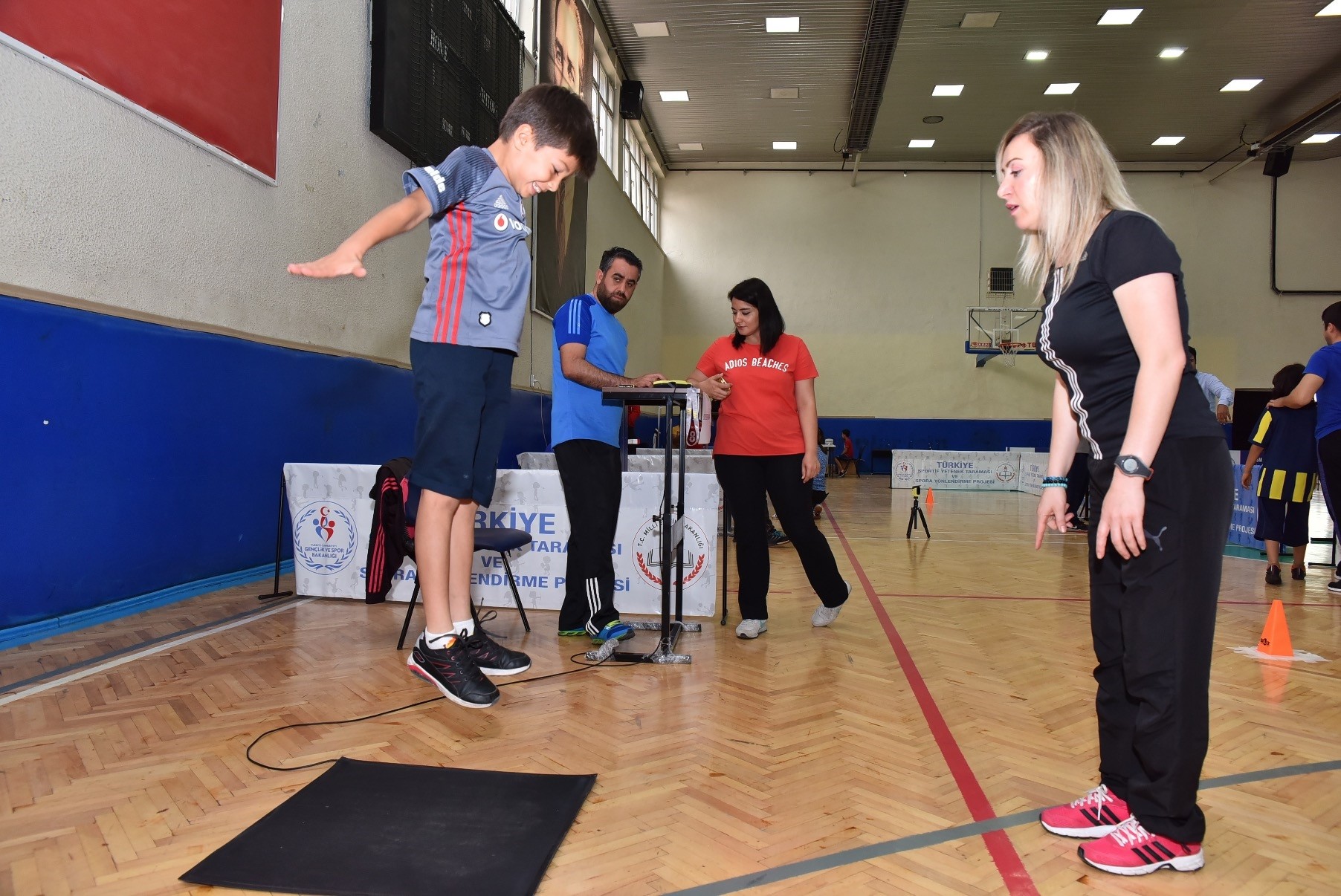 Scouts check the skills of young students across Turkey for their sports talent.
by Daily Sabah May 15, 2018 12:00 am

The Turkish government teamed up with a telecoms provider for a landmark project of nationwide scouting for millions of children for their skills in sports.

As its cumbersome title suggests, the "Turkish Sports Talent Scanning and Encouragement for Sports" project sends experts all across Turkey in search of potential athletes of the future, be them swimmers or basketball players.

In the first phase, about 1 million third-graders will undergo tests by delegations of scouts all across the country. Tests already began in some cities where children were weighed and measured for their fitness, attended runs to see if they are fit for athletics and measures for their ability with playing football, basketball and similar sports. More children of other grades will be tested in the next stages of the project and authorities seek to have at least 10 percent of them to be included in a pool of athletes who will be offered special training to be elite athletes of the future. Scouts will visit 24,000 schools in 81 provinces of Turkey to test the students.

Rukiye Yıldırım, who claimed gold earlier this month in the European Taekwondo Championship is one such student whose talent was discovered while she was attending a high school in the capital Ankara. Yıldırım joined the country's sports and education ministers for a press conference in Istanbul to introduce the project yesterday.

Youth and Sports Minister Osman Aşkın Bak called the project a revolution. "We want more people to be involved in sports and desire every student to take part in sports events at least in two categories. We want to see more athletes winning gold in Olympics. We want a healthier generation," Bak said. The minister said they would invest TL 100 million ($23 million) to promote more sports activities at schools, including more facilities at schools. Meanwhile, Education Minister İsmet Yılmaz said the project would cover as many as 9.2 million students, from third graders to eighth graders.

For a country where athletics and other sports are secondary to football when it comes to the admiration of millions, Turkey boasts a history of international success from wrestling to weightlifting. Though the success of its athletes was overshadowed with doping allegations in the early 2000s, Turkey made a comeback on the international level with a streak of wins by its wrestlers, weightlifters and martial arts experts. Taha Akgül and Nur Tatar, the country's gold and silver winners in Olympic wrestling and taekwondo, respectively, are among the successful athletes who achieved international success in recent years. Both were present at Monday's ceremony to promote the project.