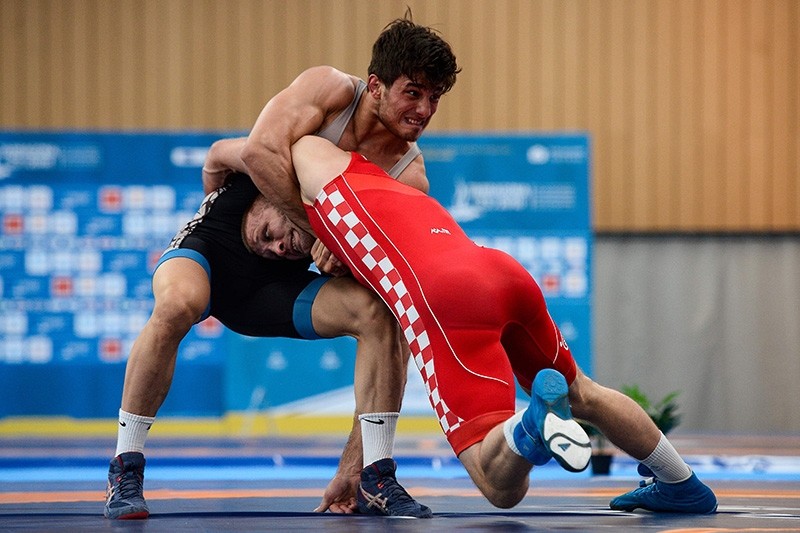 Turkey's Yunus Emre Bau015far (L) wrestles with Croatia's Bozo Starzevic in the men's Greco-Roman 67 Kg semi-final wrestling bout during the wrestling competition of the XVIII Mediterranean Games in Vilaseca near Tarragona on June 24, 2018. (AFP Photo)
by Daily Sabah with AA
Jul 01, 2018 12:00 am

Turkey came third in the 18th Mediterranean Games which finished Sunday in the Spanish city of Tarragona, with 31 gold, 25 silver and 39 bronze medals.

Turkey earned at least one gold medal in almost each category in which its athletes competed, with eight gold medals earned in wrestling and six golds in weightlifting, counting both male and female athletes.

Some of Turkey's standout athletes included world champion sprinter Ramil Guliyev, who broke the 35-year record with 20.15 seconds to win the gold in the men's 200 meters. The record was set by Italian sprinter Pietro Mennea at the 1983 Games in Casablanca.

Turkey hosted the event twice; in 1971 in western Izmir province and in 2013 in southern Mersin province.