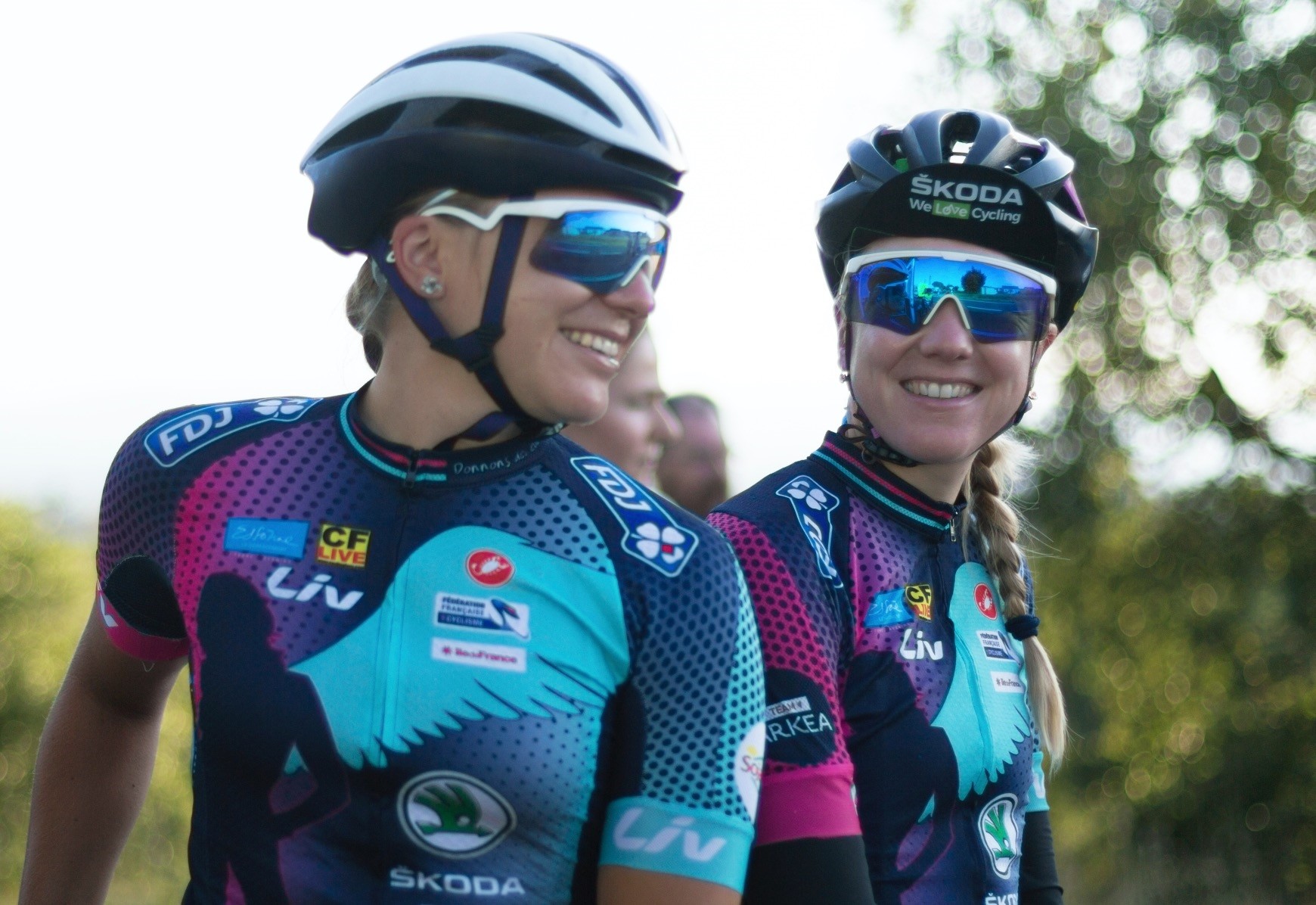 Tetiana Kalachova (L) and Christine Michelet (R), members of the female team of amateur cyclists completing the Tour de France route to raise awareness for womenu2019s cycling and promote the return of the womenu2019s Tour, in Carcassonne, France, July 23
by Associated Press Jul 28, 2018 12:00 am

They ride every stage of the Tour de France before the men do. Over the same mountains on the same 3,351-kilometer (2,082-mile) route. Except there won't be a podium or prize money waiting for them on the Champ-Elysees when they finish on Saturday, one day before the yellow jersey arrives in Paris.

Kalachova and her teammates rise early every day to complete the three-week challenge. They do the same stage as the men, a day before the men. They have conquered the jarring cobblestones of Roubaix, daunting ascents in the Alps, the foothills of the Massif Central, and have been pedaling this week through the Pyrenees.

"We are trying to prove that women, even amateurs, totally clean - no doping, no special assistance - are able for this kind of effort," Kalachova says.

None of the team, called "Donnons des elles au velo" in a play of words meaning give women or wings to cycling, are being paid for their efforts. Unlike the men, they have to contend with normal traffic as they navigate the route. Dirty air from heavy trucks washed over the women as they departed Carcassonne for a 218-kilometer stage. "We respect the traffic signs. We stop at red lights. We respect the rules," Kalachova says.

Ideally, the team would like the return of the Tour de France Feminin, which ran alongside the men's event from 1984-89, or at least a women's stage race that is given the same importance as the men's.

"Cycling is one of the unequal sports," Kalachova adds. Dutch star Marianne Vos, a two-time Olympic champion and three-time winner of the women's Giro d'Italia, has no doubt women are physically capable of completing a 21-day Tour de France. But Vos, who praised the recent development of women's cycling, also wonders about the feasibility of a women's Tour, saying it would impact on the existing calendar and a shorter stage race might be preferable. "Of course it would be great to have a (women's) Tour de France for 21 days, but I don't think it's the best thing for women's cycling at the moment," Vos tells the AP.

Tour organizers have had a women's race called La Course by Le Tour since 2014. This year's was an exciting one-day race won in Annecy by defending champion Annemiek van Vleuten, but it's a long way from what "Donnons des elles au velo" wants. "It appeared at some point because there was a demand for it, but a stage race would be much more interesting," Kalachova says.

The "Donnons des elles au velo" project started with just three female cyclists in 2015 and has grown each year. This year's team is a mix, with about half the riders having done the Tour before. "When it happened the first year, no one knew. Then people started to recognize. Last year we had some mentions on French TV," Kalachova says. "Now when we come, people scream and encourage. They prepare food for the breaks or on arrival. They write our names on the climbs and this is pretty awesome."