Turkey to become 'world player' in archery by 2024 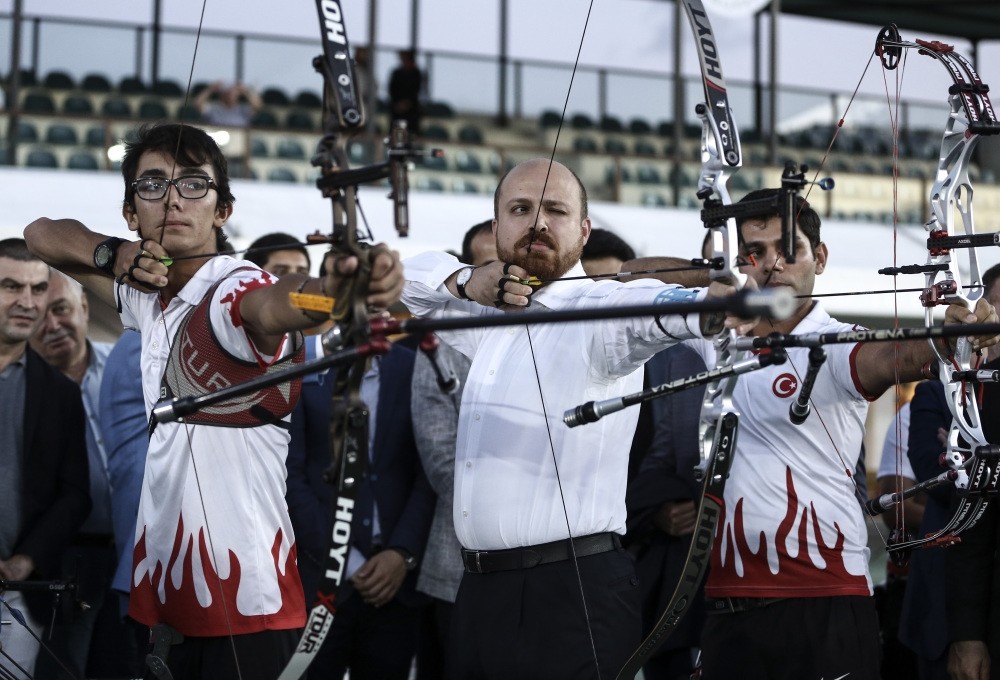 Turkey will be a world player in archery by 2024, a senior member of a Turkish sports body said Monday.

"In all our activities, we aim to have our national athletes carry this [Turkish] flag further," said Bilal Erdoğan, who sits on the board of trustees at the Archers Foundation, at a national archers meeting organized by the foundation in Istanbul. The archers had just returned from the European Grand Prix 2018, an international tournament in the Bulgarian capital of Sofia.

Mete Gazoz, 19, won a gold medal Saturday in the recurve men's category, while Turkey's recurve mixed team of Gazoz and Gülnaz Büşranur Coşkun were bested by Russia 6-2 in the final match, bagging a silver medal. In total, Turkey clinched three gold, two silver and two bronze medals during the tournament.

"I do hope we will receive the first Olympic medal in 2020, but by 2024, Turkey will be among the nations playing at their peak in the global sport of archery," Erdoğan said.

Abdullah Topaloğlu, head of the Turkish Archery Federation, praised the athletes for their accomplishments.

"These victories Turkish athletes have achieved in Europe and in the world are a source of great pride for my country. I congratulate all of you."

Gazoz told Anadolu Agency (AA) that his opponents dreaded him during the Grand Prix and that he used it to his advantage and easily became champion. He said he began learning archery when he was three years old.

"I can say I was born in the field because my mother and father were also archers.

"Archery is part of my life. My plan is to continue my professional sporting life until the 2036 Olympics. After 2036, I want to quit archery as a champion of two Olympics."