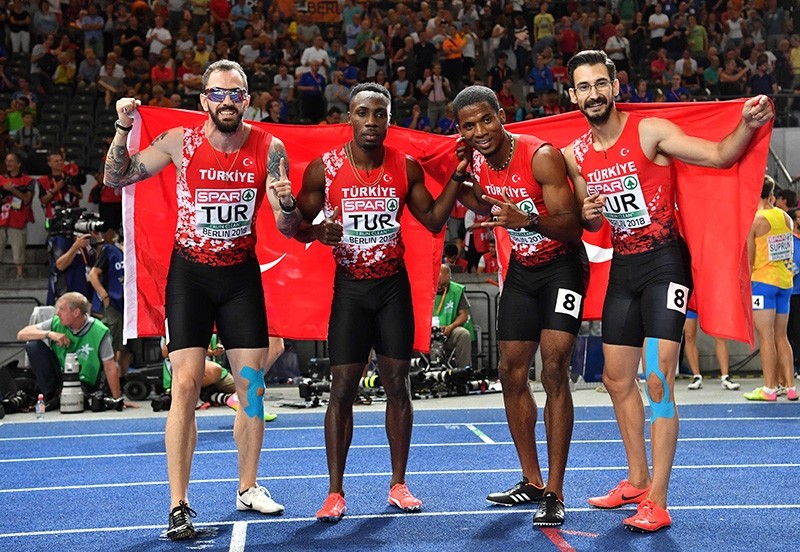 The Turkish national team won the silver medal in the men's 4x100-meter relay at the European Athletics Championships in Berlin, Germany.

The championship, which ran from Aug. 6 to 12 in the German capital, ended with the men's 4x100m relay race final on the evening of the sixth day.

Youth and Sports Minister Mehmet Muharrem Kasapoğlu congratulated the team, saying "I believe this historic achievement will be a great motivation for our young athletes, and it will be a very valuable marker for future generations."