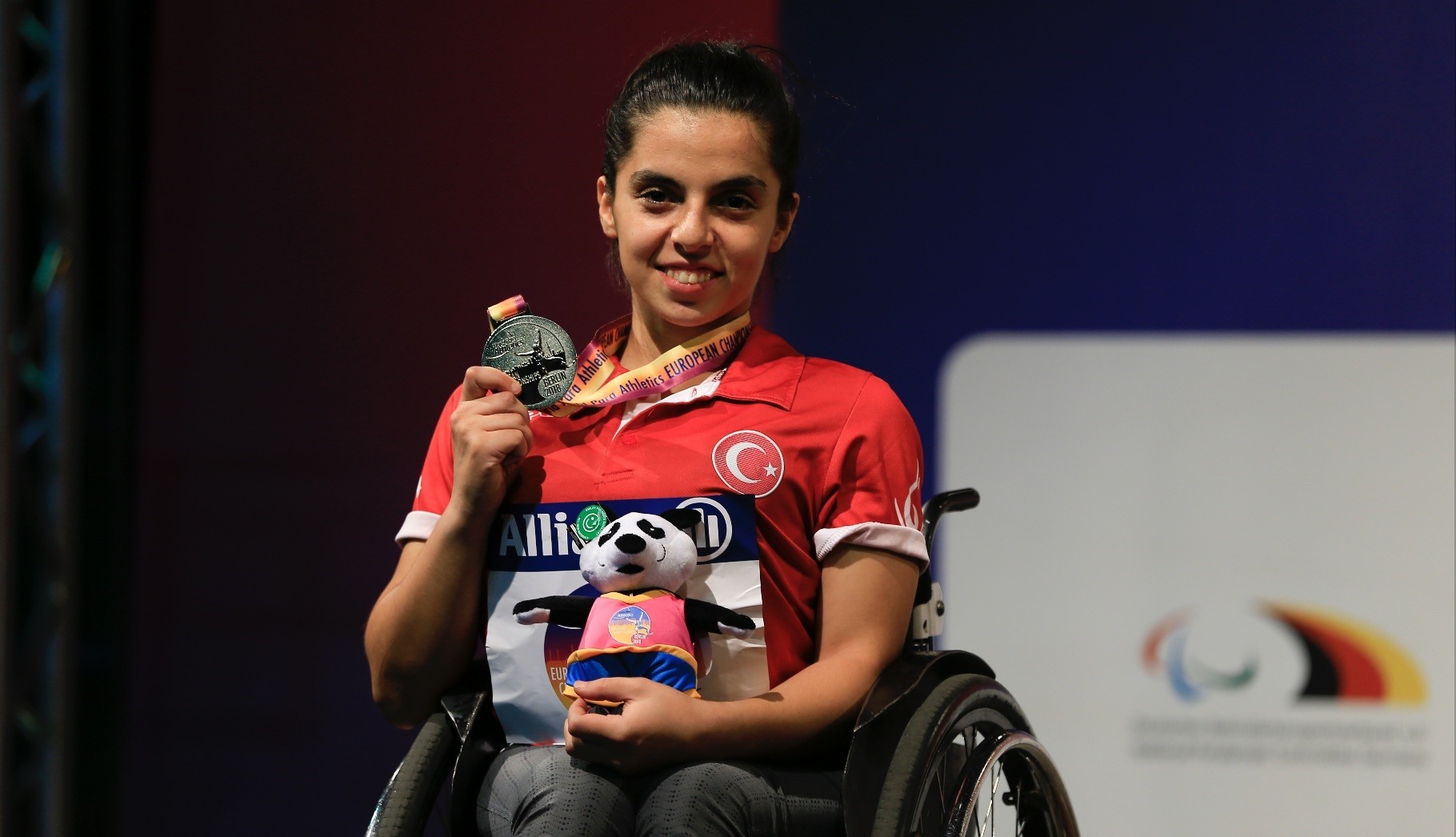 Hamide Kurt claimed the gold medal in the women's 400-meter wheelchair race (T53 category) with a timing of 57.76 seconds, beating Britain's Tanni Grey-Thompson's record of 1:03.45 on the fourth day of the games in Berlin's Friedrich-Ludwig-Jahn Sportpark.

Zeynep Acet took silver with a time of 1:09.62 and Tanja Henseler of Switzerland settled for the bronze medal. Turkish athlete Nurşah Usta completed the race in 1:13.11 for a fourth-place finish.

Musa Davulcu won a bronze medal with a 28.96-meter throw in the men's javelin (F57 category).

In the women's shot put (F41 category), Rabia Cirit won bronze with a distance of 6.20 meters.