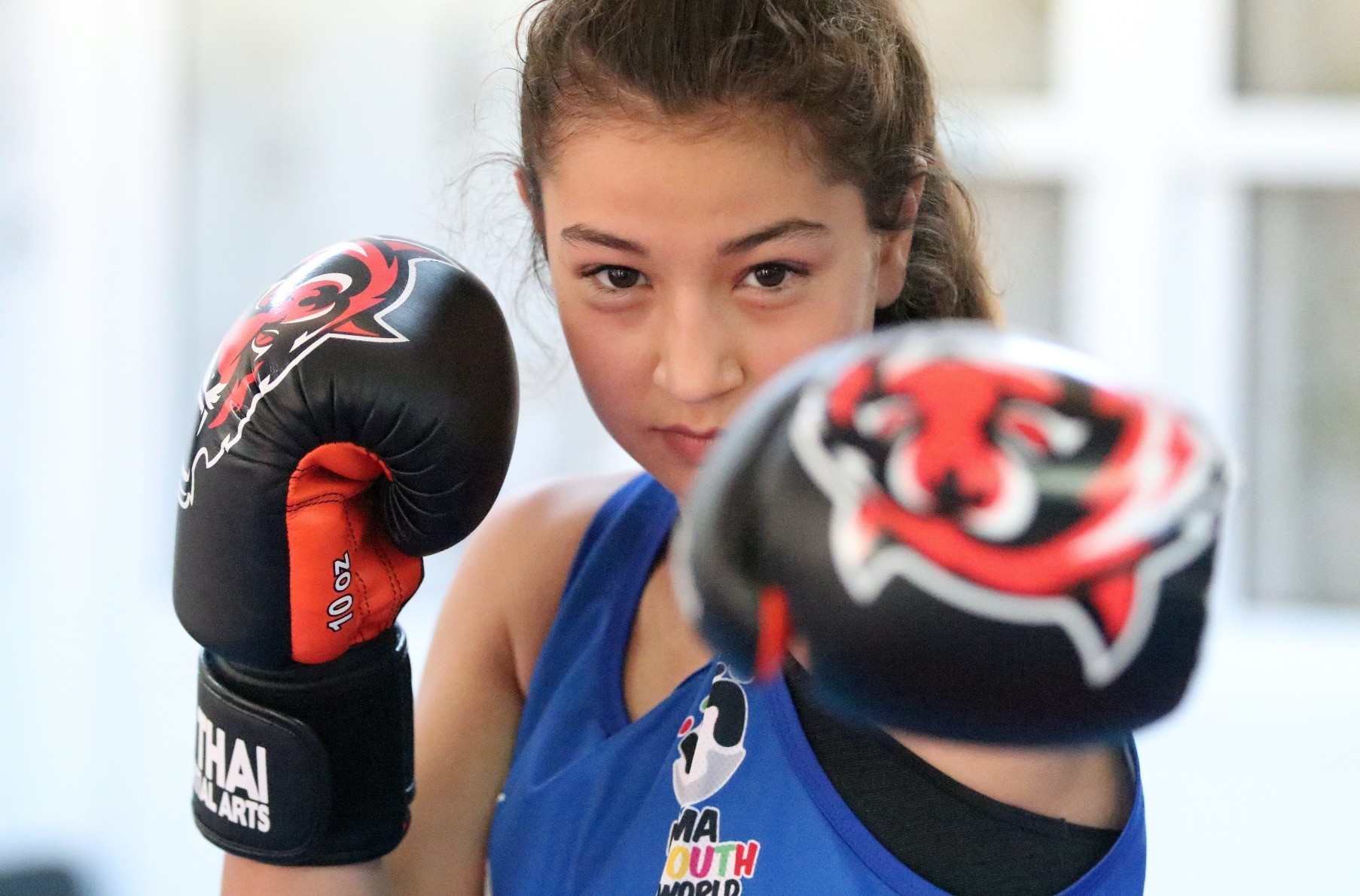 The 14-year-old Turkish Thai boxing, known as muay thai, champion Ceren Yılmaz, is carrying on with her exercises to claim the world title for the third time in her young career. Her brother Batuhan Yılmaz, 16, was her role model to take up the martial art, she told Anadolu Agency (AA) in northwestern Bolu province.

Yılmaz's journey in muay thai started in 2015 after enrolling for training provided by the local municipality. A short while later, she claimed the world championship titles in 2017 and 2018. Attributing her success to dedication in uninterrupted exercise, Yılmaz said she went through "intensive training" for one month in Thailand prior to the world championships.

"After this, I want to participate once more in the world championship and become champion again," she said. Praising the efforts of her coach Ertan Akdoğan, Yılmaz said, "My coach believed in me, and I believed in myself." Aside from her global successes, Ceren also holds two European championships, as well as local prizes. Her brother, for his part, said he does his best to help his sister become a successful muay thai athlete.