Turkey eliminated in third round at Women's World Championship in Japan 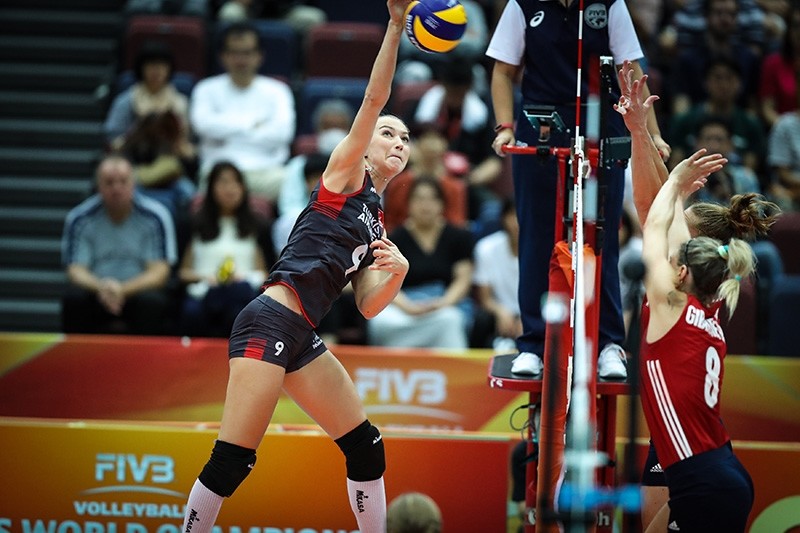 Turkey -- competing in Pool F against U.S., Russia, Thailand, Azerbaijan, Italy, China, and Bulgaria -- was eliminated after the result.

Japan is hosting the world's best 24 teams in six different cities in the tournament between Sept. 29-Oct. 20.

After the match, U.S. Head Coach Karch Kiraly said: "We had three spectacular battles with Turkey during Nations League and each of those three went to five sets, so we expected another very fierce battle today."

"We respect that team a lot and coach Giovanni Guidetti does a great job with them. Our game plan went well today and so we are happy with the result," Kiraly was quoted as saying by the tournament's official website.

Turkey's Captain Eda Erdem said the U.S. women "were much better than us in every position."

"Right now America is one of the best teams in the world. They play so fast and are really, really good. There is nothing much to say," she said.

Turkey's Coach Giovanni Guidetti said the team played "much better" than yesterday when the team fell to Russia 3-0.

"We tried to do something different on the court, but the difference between us and America is too big. We are not ready to fight at this level," he said.

Being ruled out from the third round, Turkey will play their last two matches against Azerbaijan and Thailand in Group F.