Some 30,000 to run in transcontinental Istanbul marathon 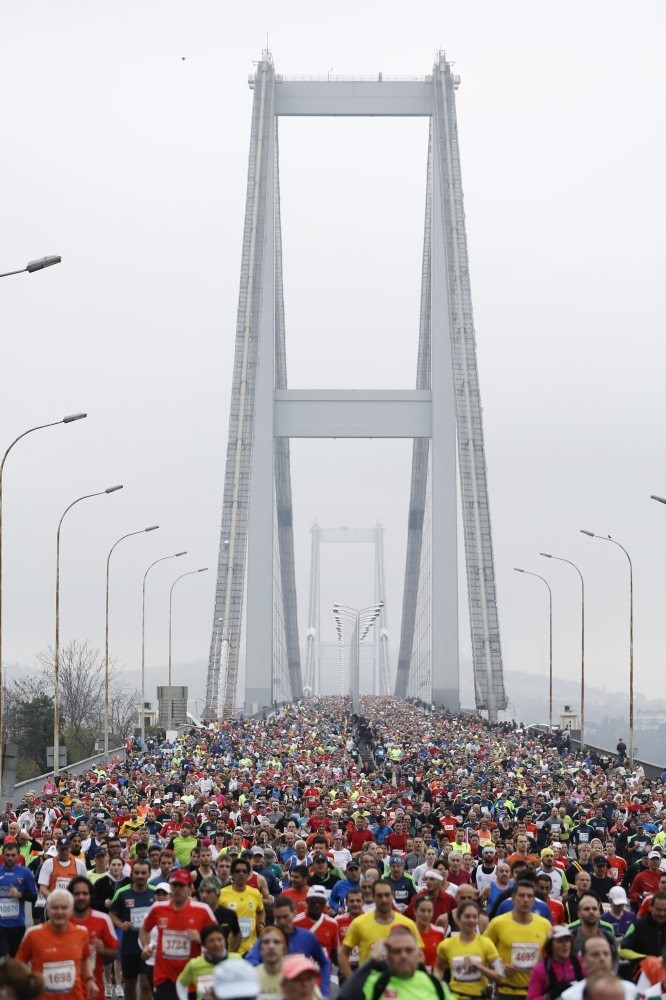 Around 30,000 professional athletes from more than 100 countries will take part in the 40th Vodafone Istanbul Marathon on Nov. 11. This year, the world's only transcontinental marathon from Asia to Europe will be held under the banner "Run Istanbul for a Healthy Future." The event will feature a 42-kilometer marathon, and three other races on a 15-kilometer, 10-kilometer, and 8-kilometer courses.

A race for wheelchair users will also be held. The marathon will start on the Asian side of Istanbul's July 15 Martyrs' Bridge, formerly known as the Bosporus Bridge and finish at the historic Sultanahmet Square on the city's European side. Vodafone is the main sponsor of the race, organized by the Istanbul Metropolitan Municipality and Spor Istanbul. Last year, French runner Abraham Kiprotich won the men's event while Kenyan Ruth Chepngetich claimed women's title.

An electronic chip will be given to each runner to keep track of their timing during the marathon. They's will be asked to tie timing chip to their shoelaces. The age limit for the 42K race is 18 years (runners must be born before Nov. 11, 2000). The Marathon and Sports EXPO will also be held between Nov. 8 and Nov. 10 at the Eurasia Show and Art Center in Yenikapı.

The participants will receive their race packs at the expo. The packs will include the bib number, timing chip, t-shirt and a race bag. Runners who will finish the race on time (six hours) will be presented with a commemorative medal at the finish line. The top three male and female athletes will be presented with trophies and medals at the Sultanahmet Area immediately after the race.