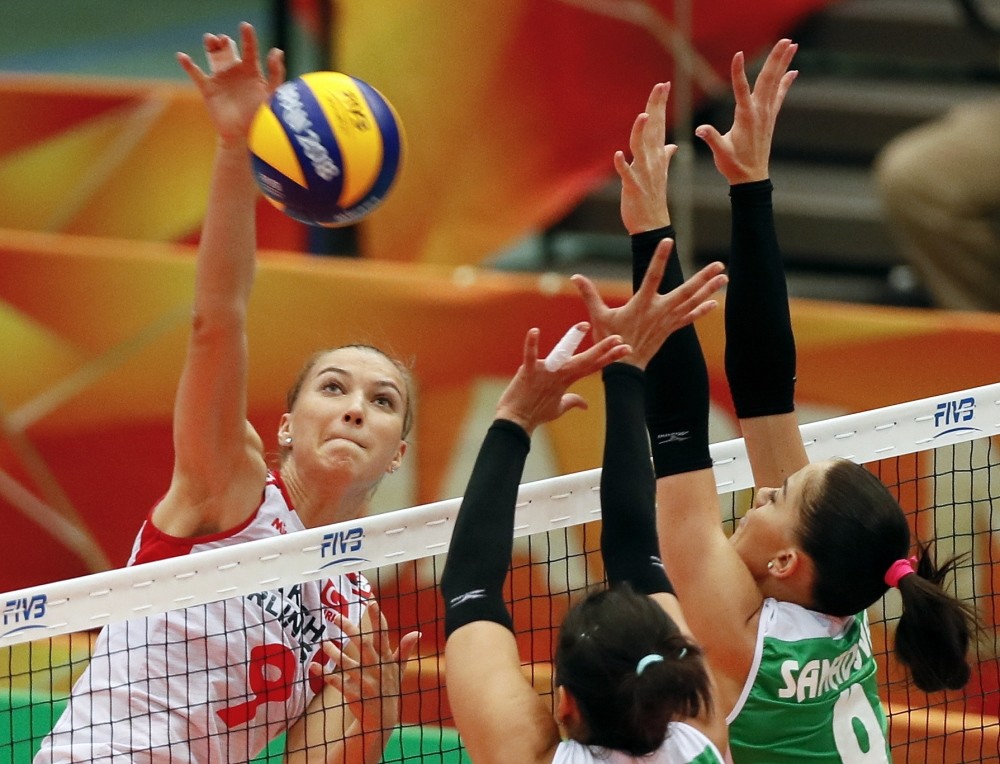 Melissa u0130smailou011flu (L) spikes the ball over blocks by Azerbaijan during the FIVB Women's World Championship second round Pool F match in Osaka, Oct. 10.
by Anadolu Agency
Oct 11, 2018 12:00 am

Turkey Women's National Volleyball Team has picked up its first win in the second round of the FIVB Volleyball Women's World Championship in Osaka, Japan.

In the Pool F game, Turkey defeated Azerbaijan 3-1 Wednesday. After the game, Turkey coach Giovanni Guidetti said: "Of course I am happy with the result but I am not happy with the way we are playing. The team is still playing under too big a pressure and we cannot perform as good as we want."

Turkey – competing in Pool F against Team USA, Russia, Thailand, Azerbaijan, Italy, China, and Bulgaria – was eliminated from the tournament after a 3-0 defeat against Team USA on Monday.

Japan is hosting the tournament with the world's top 24 teams in six different cities between Sept. 29 and Oct. 20.

Being ruled out from the third round, Turkey will play their last match against Thailand in Pool F.