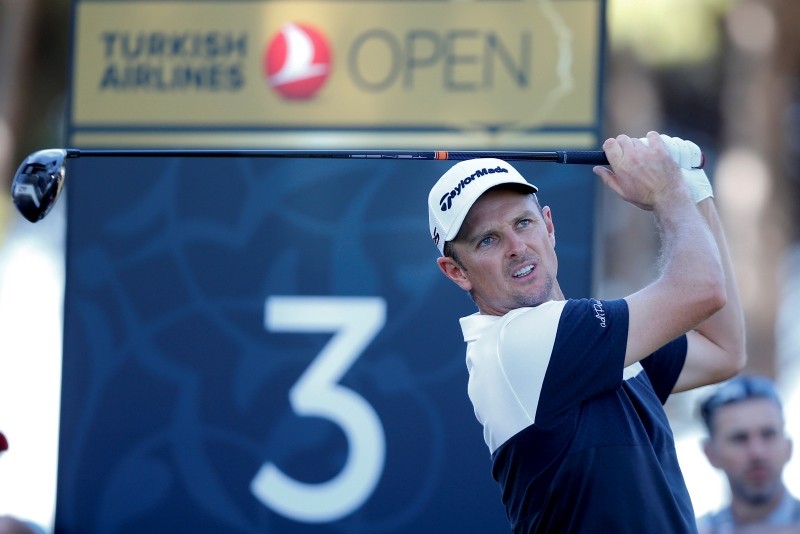 | AA Photo
by Associated Press Nov 04, 2018 12:00 am
Justin Rose defended his Turkish Airlines Open title on Sunday to ensure he will return to the top of the world rankings.

Rose beat Haotong Li of China on the first playoff hole after the pair finished the final round tied on 17-under par at the Regnum Carya Resort.

Rose, 38, spent two weeks as world No. 1 earlier this season after finishing second in the BMW Championship, but a poor third round on Saturday appeared to have scuppered his chances of a return to the top of the rankings.

Starting the final round three shots behind Li, Rose stormed back with a front nine of 33 including a birdie on the 10th, which was enough for a share of the lead.

Li then bogeyed the 11th after missing the green with his approach and although he finally picked up his first birdie of the day on the par-5 12th, Rose did likewise to remain one ahead.

Rose struck what looked like the killer blow with a birdie on the 14th, but Li responded with a stunning approach to the par-5 15th to set up a tap-in eagle as Rose three-putted from long range for par.

Li looked like having the chance to move in front after an excellent approach to the 16th too, but Rose produced a better one and holed from four feet after the No. 50-ranked player missed from twice the distance.

Rose's advantage was short-lived as he three-putted the 17th and Li appeared to have the upper hand on 18 when he found the green in regulation after Rose's approach came up short in a greenside bunker.

However, it was Li's turn to three-putt from long range and Rose was left with a putt for the win after a superb bunker shot, only to miss from four feet.

The players returned to the 18th for a sudden-death playoff and after Rose missed from 15 feet for birdie, Li amazingly three-putted from just nine feet to gift his opponent the title.