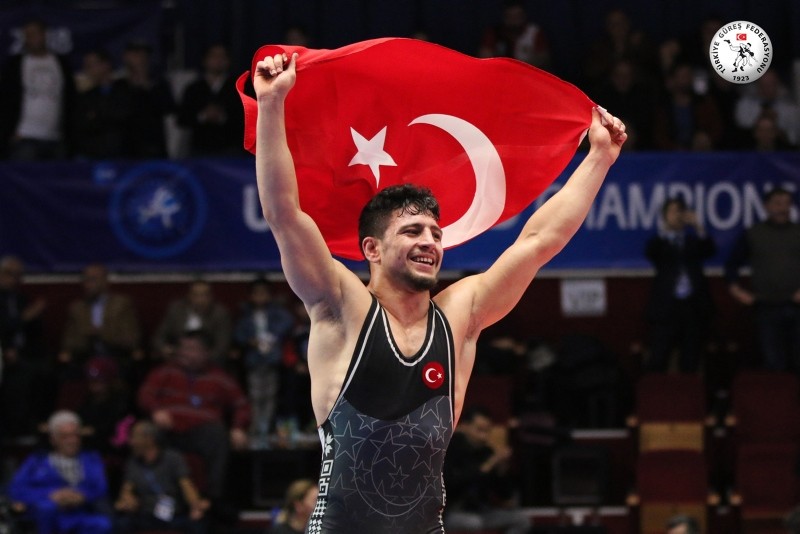 Turkish wrestler Cengiz Arslan won gold in the Senior U23 World Wrestling Championships on Wednesday, which was held in the Romanian capital of Bucharest.

Arslan claimed the medal after beating Georgia's Ramaz Zoidze in the final match of the men's Greco-Roman style 72-kilogram category.

The championship will continue until Sunday.

Osman Yıldırım, competing in Greco-Roman wrestling in the 130-kg category, won a silver medal on Tuesday.

With a gold, a silver and two bronze medals, Turkey became third in the world in the Greco-Roman style.