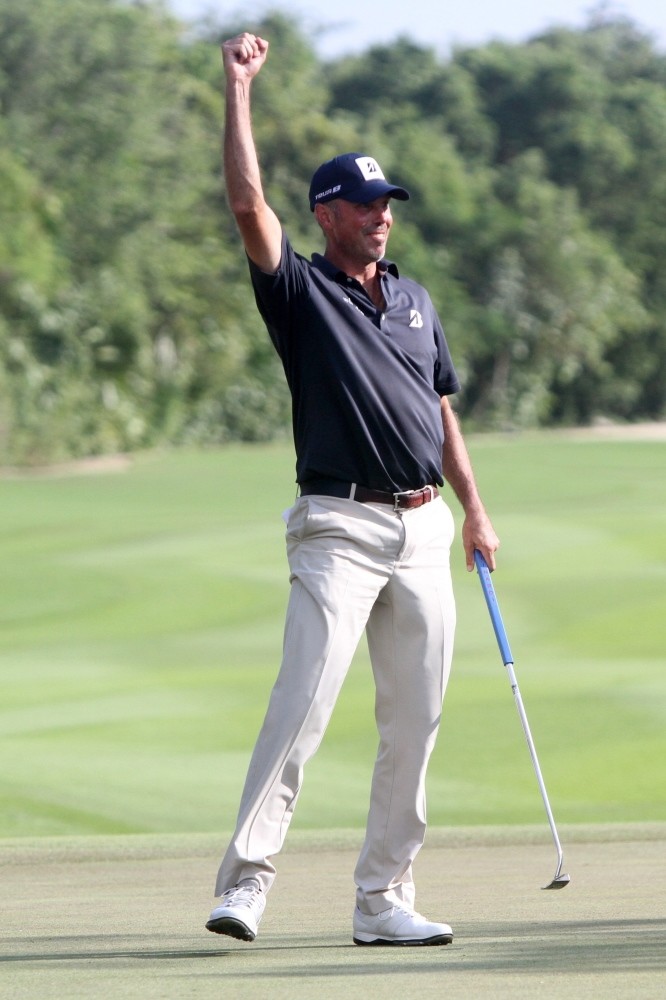 Heavy on history but light on star quality, the Australian Open tees off at The Lakes Golf Club this week in somewhat reduced circumstances.

The tournament counts the likes of Jack Nicklaus, Arnold Palmer and Gary Player as former winners, with Rory McIlroy and Jordan Spieth having joined the roll of honour in more recent years. A lack of financial clout in a golfing world increasingly dominated by the two major tours, however, has left the 2018 edition short of the sort of big names who have battled for the Stonehaven Cup in the past. That has not been helped by the absence of Australian major winners Jason Day and Adam Scott as well as Marc Leishman, the Victorian who kicked off his 2019 PGA Tour season in fine style with a win at the CIMB Classic in Malaysia last month.

The field does at least boast the most recent winner on the PGA Tour, with Matt Kuchar having hot-footed his way across the Pacific from Mexico after winning the Mayakoba Classic on Sunday.

Kuchar, whose triumph at Playa del Carmen was his first on the U.S. circuit since 2014, is the top-ranked player in the field but he did not sound overly confident of landing back-to-back titles. "It's hard to be good every week," the world number 29 told reporters yesterday. "Certainly the form I'm in, I expect to keep going well, but I also know that like everybody else, you could wake up tomorrow and go what just happened? "I think I understand the ups and downs and the cycle of the game of golf pretty well, and certainly hope to play well, expect to play well, but don't feel any extra pressure to play well."

Keegan Bradley and Brandt Snedeker are the other Americans from the top 50 in the world who will be out to master the infamous Sydney winds from Thursday.

The absence of Day, Scott and Leishman leaves Cameron Smith as the top-ranked Australian, and he feels he has a point to prove after losing out to Spieth in a playoff when the American lifted the Stonehaven Cup for the second time two years ago. "The one at Royal Sydney was pretty heartbreaking... and it's been basically on my mind ever since," the world number 33 said. "My focus the last couple weeks is thinking of lifting the trophy." His near namesake and compatriot Cameron Davis, who recently embarked on his rookie season on the PGA Tour, is the defending champion after a one-stroke victory at The Australian club last year.