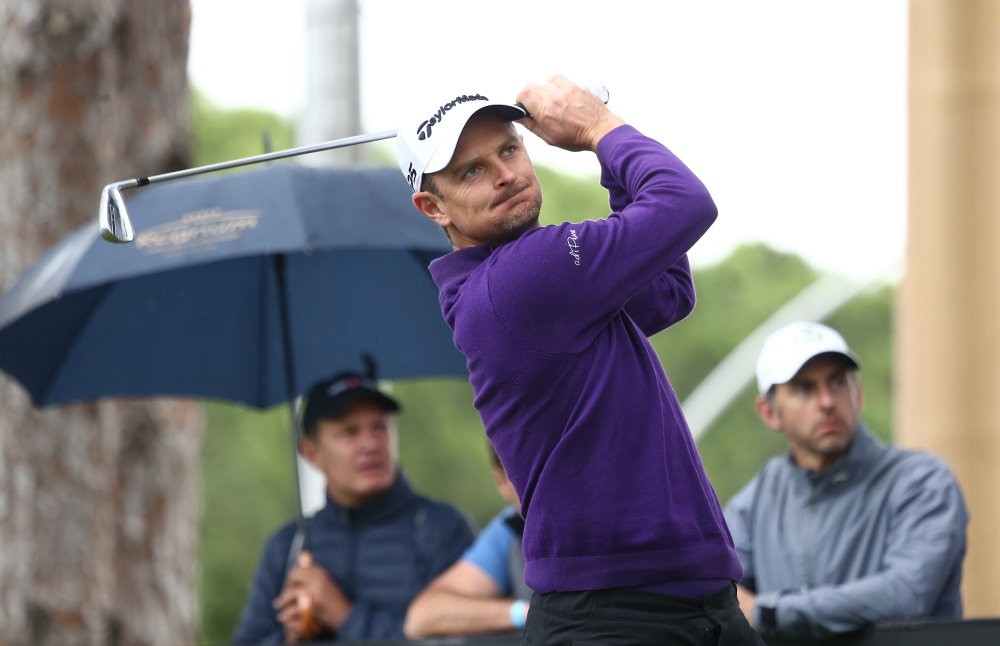 Justin Rose (above) will have a chance to finish a stellar year on a high when the world number two tees off today in the defense of his Indonesian Masters title.

The 38-year-old will be the highest-ranked player at the Royale Jakarta Golf Club with Ryder Cup team mate Henrik Stenson and India's Shubhankar Sharma, the newly crowned Asian Tour Order of Merit champion, expected to be among main challengers.

"I have always had the mentality that the golf course doesn't recognise who is the best player in the world," Rose said ahead of the season-ending Asian Tour event.

"I don't tee off ahead of these guys because of my ranking. We tee off together with the same score on Thursday. It is about a great week's work. There is no complacency from that point of view."

Sharma, 22, played in all four major championships this year and won the European Tour's rookie of the year. And 2013 U.S. Open champion Rose has been impressed with the rise of Asian players on the global circuits. "We are seeing Asian players crop up all over the world and compete at the highest level. More and more players are graduating from the Asian Tour," said Rose, who lead from the first round to win last year's tournament by eight strokes. "I think it is a sign of things to come. If you look at the LPGA, they are strongly represented by Asia unbelievably well. We are beginning to see that happen on the men's side."

Stenson hopes the fact that he has never played in Indonesia before will not hurt his chances. "I've come up with a plan and hopefully I can play some decent game and I can be one of the guys in the mix on Sunday," said Stenson, who won the 2016 British Open.

"It's a good golf course. I like it. I don't have much experience as compared to Justin and the other players who have played here in the past."