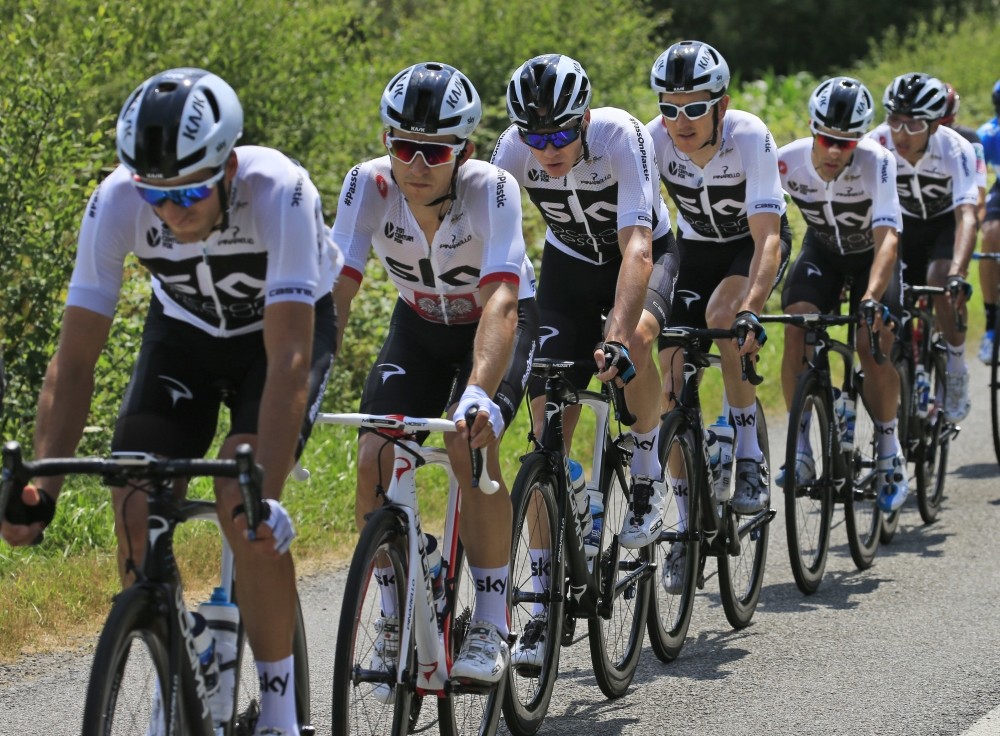 The future of the most successful cycling team of the last decade was put in doubt yesterday when Sky announced its withdrawal from the sport following the European pay TV giant's takeover by American company Comcast.

Team Sky, which had a rider win the Tour de France this year for the sixth time in seven races, will compete under a different name from 2020 if new backers can be found, according to Sky.

"The end of 2019 is the right time for us to move on as we open a new chapter in Sky's story and turn our focus to different initiatives," Sky group chief executive Jeremy Darroch said.

The team was reliant on 25.3 million pounds ($32 million) in title sponsorship in 2017 from Sky and 21st Century Fox, which had owned the largest stake in the broadcaster.

Philadelphia-based Comcast outbid Fox in September to win control of Sky, which runs television services in Britain, Ireland, Germany, Austria and Italy. Fox, which has a 15 percent stake in Team Sky, is also pulling out of cycling. Sky owns the remaining 85 percent of the team through Tour Racing Ltd.

"While Sky will be moving on at the end of next year, the team is open minded about the future and the potential of working with a new partner, should the right opportunity present itself," Team Sky general manager Dave Brailsford said.

Team Sky was established in 2009 by Brailsford, the brains behind Britain's 14 medals in cycling at the 2008 Beijing Olympics, with the target of producing the country's first Tour de France champion.

Brailsford is not looking beyond then, for now.

"I would like to thank all Team Sky riders and staff, past and present and above all the fans who have supported us on this adventure," he said. "We aren't finished yet by any means. There is another exciting year of racing ahead of us and we will be doing everything we can to deliver more Team Sky success in 2019."