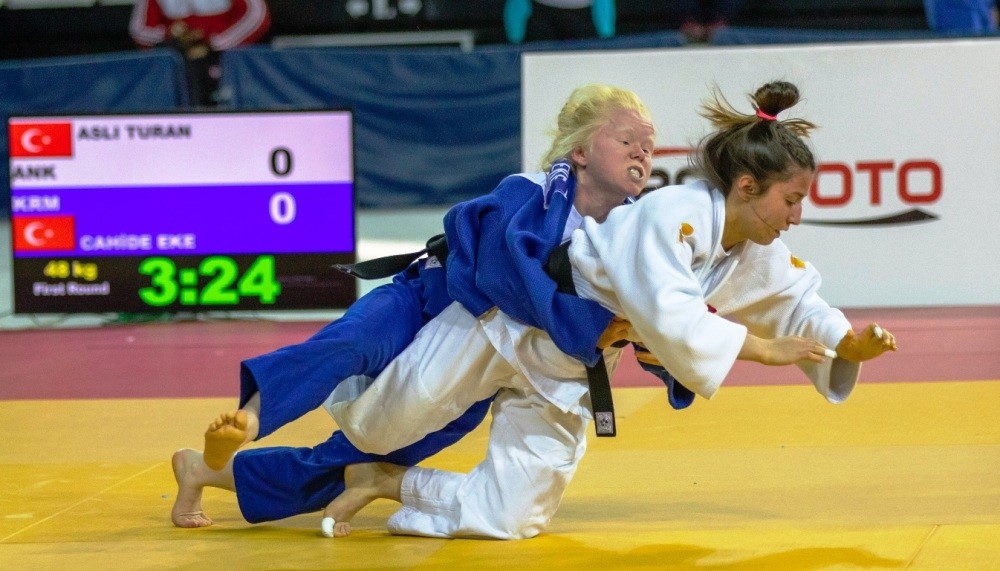 Eighteen-year-old Cahide Eke became the first blind Turkish judo player to compete against sighted rivals when she stepped on the tatami at a local competition.

Eke, a three-time champion in national judo tournaments, took on Aslı Turan in the Seniors Turkey Championship of the Turkish Judo Federation in the southern city of Antalya on the second day of the tournament on Friday. Though neither player won medals, Eke said she was happy to show what she could achieve. "I had a hard time against a sighted rival outside my category, but I am happy. Blindness is not a big deal for me," Eke, who hails from central Turkish city of Karaman, said. "Judo is a pleasure for me, and it has brought me medals in international competitions for the blind. Competing against the sighted players only drives my ambitions," Eke says, adding that her ultimate goal is to compete in Paralympics 2020 in Tokyo, Japan and win a medal there for Turkey.

"I urge all parents with disabled children to take them to gyms. Sports can change their lives," she says.