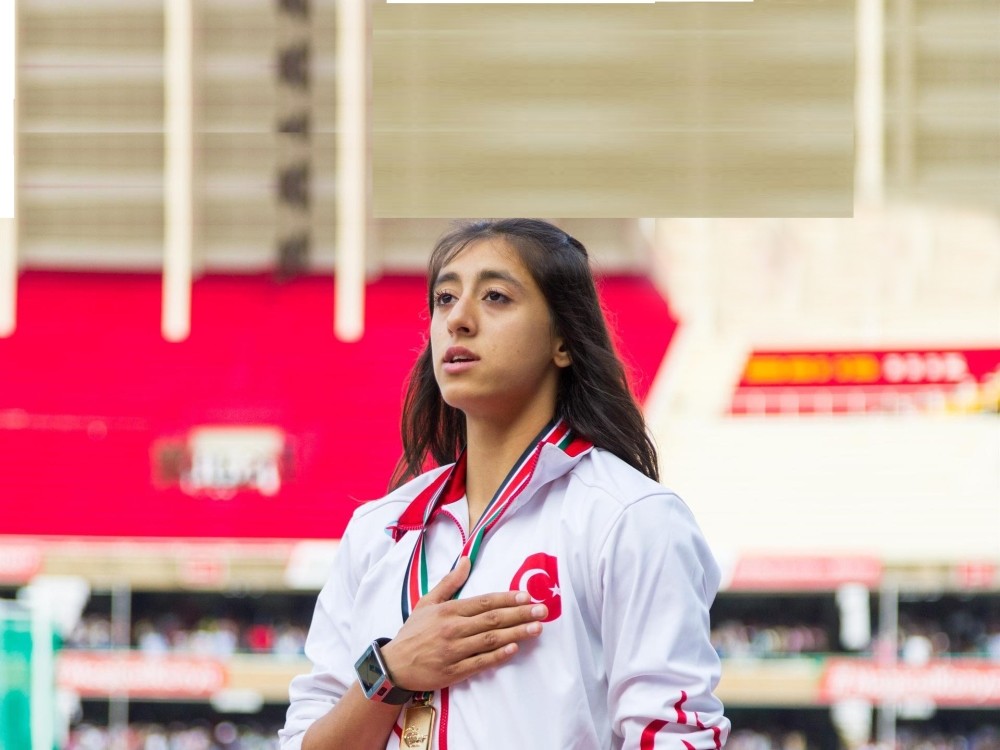 Mizgin Ay and Ramil Guliyev, two stellar Turkish athletes with multiple gold medals, are ready to crown their achievements in the 2020 Tokyo Olympics

Turkish athletics witnessed an unprecedented rise to success in recent years. Mizgin Ay and Ramil Guliyev, multiple gold winners in the men's and women's 100-meter races played a role in this newfound glory. Speaking to Anadolu Agency (AA), the two athletes talked about their future ambitions of winning gold in the Tokyo 2020 Olympics and a motivation to break the records of legendary athletes like Usain Bolt.

The 18-year-old Mizgin Ay became the first Turkish female sprinter to earn a gold medal in the Girls' 100-meter finals in Kenya at the World Star Athletics tournament last year, adding to 29 records she broke in other tournaments. Ay, who hails from the eastern city of Batman, was discovered by a talent scout when she was 10 years old and it was only upon her parents' insistence that she decided to pursue a career in athletics.

"My trainer managed to convince them," she said. After that she moved to the Turkish capital when her parents insisted, where she enrolled at a school and started professional training.

"Glad they insisted," she said.

She says pursuing a career in athletics was a turning point in her life.

"It changed everything, from what I eat to when I sleep. I met new people and traveled abroad a lot. I recommend this life to everyone," she says.

The medals she won further drove her ambition and she says she hopes to "wave the Turkish flag" in international tournaments more. Next year's goal for Ay is winning the Indoors Athletics Championship.

"Then, we have the Olympics. It is too early for me as I will just start competing in the seniors' category. I want to run in the finals in the Olympics," Ay says.

The young athlete is a fan of Usain Bolt, the legendary sprinter who ended his career and switched to football.

Her role models in athletics are female athletes. She counts Dafne Schippers and Shelly-Ann Fraser Pryce among them.

"Schippers is among few white athletes to compete in the finals in many tournaments," she said, pointing out to a field dominated by black athletes.

"Pryce is shorter than me but she has a 10.74-second record. I was hopeless until I saw how she succeeded. She inspired me to best her," she explained.

Ramil Guliyev, who boasts both world and European titles, says he wants to "fill the void Usain Bolt left in athletics after he retired."

Guliyev, who won the gold medal in the 200-meter men's race in the European Athletics Championships in Berlin last August, wants to keep his title this year too. The 28-year-old Azerbaijani-born athlete followed the gold with a bronze and silver in three other international tournaments. He capped his streak with a gold in the Gloria Cup held in Antalya, Turkey. He is back in this Mediterranean city nowadays for training.

"Barring an injury, I believe 2019 will be a good year," Guliyev, who is looking to secure a spot in the 2020 Olympics, said. "Turkey has done a lot to improve athletics but it is still early for outright success."

"We have new tracks and better training programs for athletes. I hope Turkey sends a national team to the next Olympics," he added.