Turkey climbs to the top in international sports events in 2018 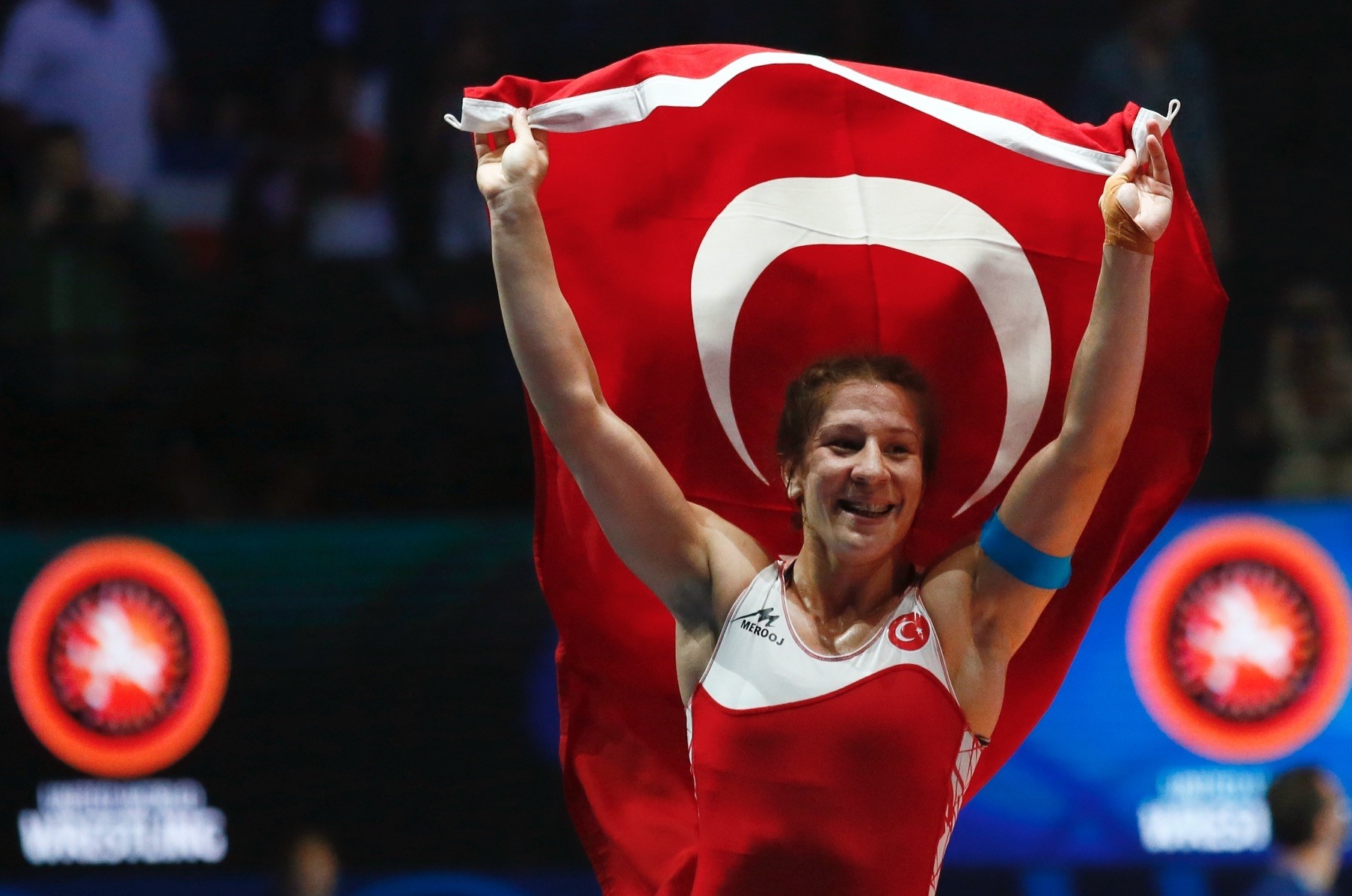 From racing to wrestling and archery, Turkish sports figures proved to be a force to be reckoned with this year with their accomplishments and landmark wins

Turkish athletes, motorcyclists, runners, archers and talents from other sports branches dominated international events in 2018 with their successes.

In March, Deniz Selin Ünlüdağ made history when she became the first Turkish woman to win a European fencing title. Ünlüdağ won the women's saber individual title at the Junior and Cadet European Fencing Championships in Sochi, Russia. She is only the second Turkish fencer and the first woman to win gold at a European championship.

The Turkish fencer defeated Russian Darya Drozd in the semifinals to set up a final match against Bulgaria's Yoana İlieva. In a hard-fought match, Ünlüdağ triumphed 15-11 to clinch the title. She was also part of the Turkish women's saber team that took the first place in the U23 European Championships. Nisanur Erbil, the other Turkish fencer at the tournament, also finished in the top five. Not long after Ünlüdağ's victory, Turkey was again honored by Aylin Çakır, who took home the bronze from the same championship. Also in March, race walker Meryem Bekmez brought gold to Turkey at the EA Permit Dudinska competition in Slovakia.

In women's volleyball, Turkish domination in the European Cups continued as Eczacıbaşı VitrA followed its four-set victory in the first leg against Belarussian sensation Minchanka Minsk by going one better and winning in straight sets in April to claim the 2018 CEV Volleyball Cup title to go with their long list of accolades.

Vakıfbank became the winner of the 2018 FIVB Volleyball Women's Club World Championship in China after beating Brazil's Minas in the final in December. Vakıfbank dominated its rivals 3-0 in sets ending 25-23, 25-21 and 25-19 to secure back-to-back championships. The Turkish club also won the competition in 2013. In August, İbrahim Çolak won the silver medal in the men's rings competition at the European Artistic Gymnastics Championships in Scotland. Çolak's success brought Turkey its first ever silver medal from the European Artistic Gymnastics Championships. Çolak's name was written in the history books due to a unique maneuver the athlete debuted in February at the Australian World Cup. The maneuver on the rings was accepted by the International Gymnastics Federation (FIG) and aptly named "Çolak."

In motorsports, Can Öncü won his maiden Moto3 race in November to become the youngest grand prix winner in motorcycling at age 15. He was also the first Turkish winner of the race. The racer secured the top title in the Red Bull MotoGP Rookies Cup this season and is already a rising star in the world of motor sports where Turks have made a name for themselves in the past few years. Yasemin Adar, who won silver at the World Wrestling Championships in Hungary in October, also received a fair play award. During the women's 76 kilogram semifinal match, Adar's opponent, Hungary's Zsanett Nemeth, suffered a knee injury during the bout but wanted to continue competing despite her pain. In reaction, Yasemin Adar decided against making any moves which might inflict pain on Nemeth's injured knee, with Adar running the risk of losing the match. This action brought her the Special World Fair Play diploma.

In a statement, the Turkish Archery Federation congratulated the archers on their success.

Turkish world champion sprinter Ramil Guliyev captured the gold medal in the 200-meter men's race in the European Athletics Championships in Berlin in August. Guliyev also broke a record with his 19.76-second showing on day three of the tournament. Yasmani Copello Escobar, another Turkish athlete, scored a silver medal in the 400-meter hurdles men's final in the same event.

In June, İlke Özyüksel broke the world record in the junior women's category in the European Junior Modern Pentathlon Championship in Spain, grabbing 1,376 points in total.