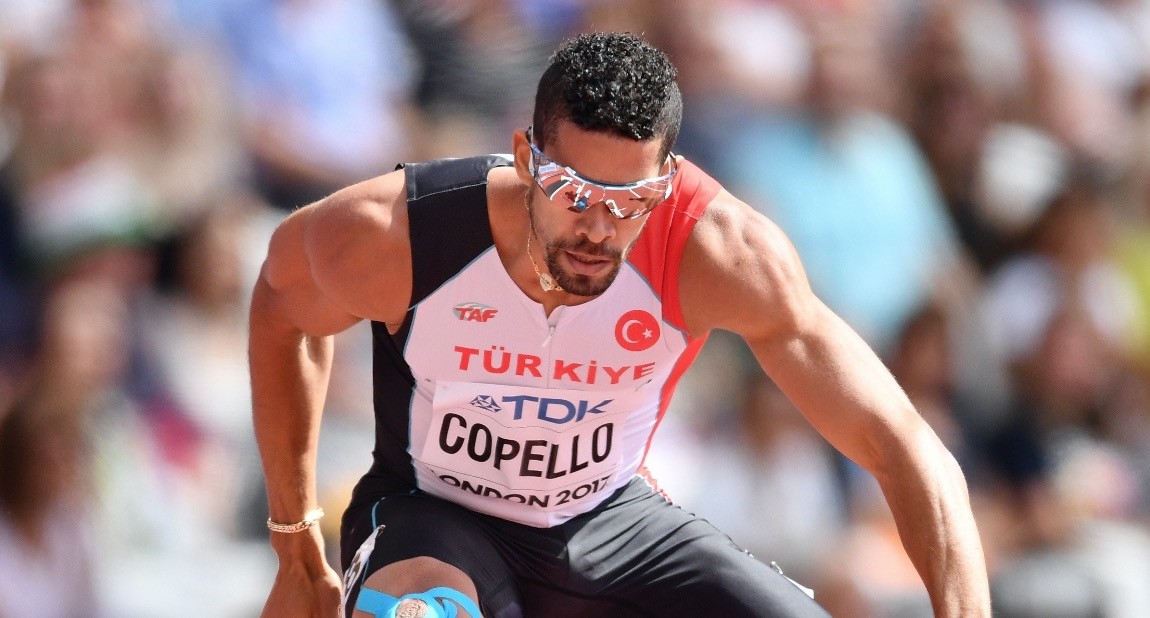 A place he calls home as a new citizen, Turkey also gave Cuban-born athlete Yasmani Copello Escobar the love of his life. The track and field athlete and Olympic medal winner spoke to Daily Sabah about his time in Turkey, his marriage to his Turkish wife and his ambitions for the next Olympics

His name sounds foreign to many in Turkey, but Yasmani Copello Escobar has already made history in Turkish athletics in track and field. The Cuban-born athlete, who is now a Turkish citizen, spoke to Daily Sabah about his frustration at not qualifying for the national athletics team of Cuba took him to Turkey thousands of miles away where he found success and love, won multiple medals and met the love of his life - Elif Koç. 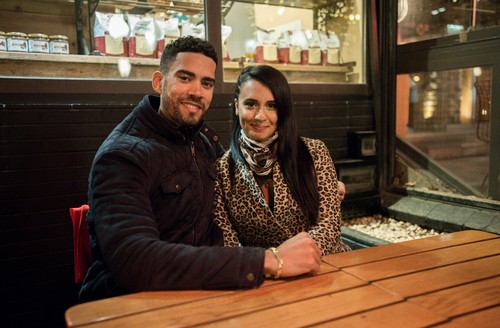 The 31-year-old athlete took third place in the 2016 Summer Olympics in Rio de Janeiro, second place in the European Championships in Berlin last year and secured gold in the Mediterranean Games in Tarragona last summer.

Yasmani's story began when his coach in Cuba began to sideline him from the national team. His passion and ambition led him to hire a private coach and work even harder. Fruitful workouts and high rankings in competitions overcame the previous neglect when Escobar's road crossed with Fenerbahçe, a Turkish sports club that recruited him and brought him to Turkey where his life took big turns.

Escobar not only became a star in Turkish track and field, he also met his love, Elif, in his new home.

Yasmani and Elif, who was learning Spanish at the time, met through mutual friends. "We were introduced through a friend. In the beginning, we had different work environments, but eventually we established an environment where we work together. Later, a relationship, which ended up in marriage, began," Elif said, talking about the story of her marriage passionately.

Their marriage ceremony took place in Turkey, but they also held a small celebration in Cuba, as well. Yasmani said his family in Cuba was really happy for him and that they showed great interest in the details of cultural differences. He says his friends and family knew a lot about the cultural details as many of them watch Turkish soap operas, including one called "Elif."

Elif said she couldn't forget the first time she went to Cuba. "I saw places where he took his first steps as a baby. I have been there three times so far. You can see many people speaking Turkish on the street because now there are direct flights to Cuba. Cubans have special sensitivity toward Turks," she said. 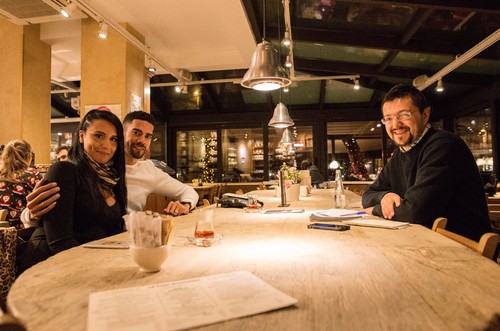 Yasmani lives the Turkish lifestyle as if it is his own. He has embraced the Turkish way of life and has chosen to blend in with daily life. He has learned enough Turkish to get by. However, similar to many in Istanbul, Yasmani sees traffic as the biggest obstacle in daily life. He makes sure that he works out seven hours a day and gets

eight hours of sleep for his professional career. Yasmani also praises Turkish athletes, saying they are very fast and assertive. He adds, however, that Turkish athletes put too much pressure on themselves at very young ages and when they fail, they leave careers. He thinks that this pressure negatively impacts them and that young Turkish athletes should realize they could always achieve success in the later stages of their careers.