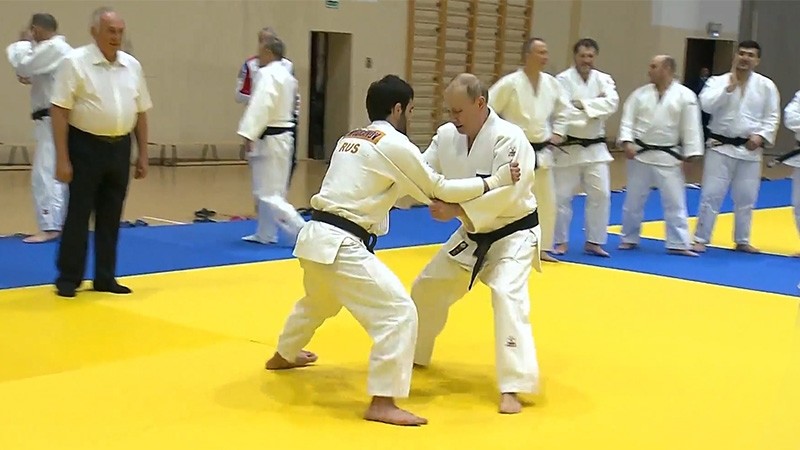 Russia's President Vladimir Putin injured his finger while practicing judo with an Olympic gold medal champion on Tuesday in the Yug-Sport centre in Sochi.

Putin sparred with Beslan Mudranov, 2016 Olympic gold medal champion in judo, and noticed something wrong with his finger. Mudranov helped Putin to wrap up his finger and the president continued training.

Putin took part in judo training with the Russian national team after the trilateral talks on Syria with his Turkish and Iranian counterparts Recep Tayyip Erdoğan and Hassan Rouhani.

Putin joked about his injury during an ice hockey training session with his Belarusian counterpart Aleksander Lukashenko on Friday.