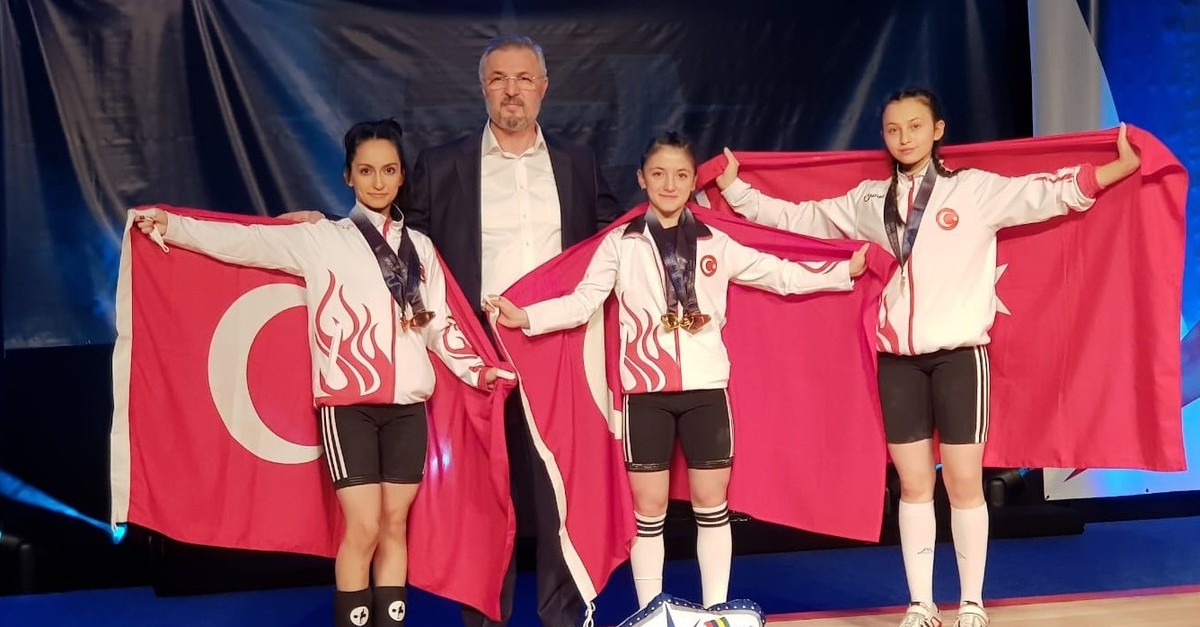 According to the announcement made by the Turkey Weightlifting Federation, Cansu Bektaş, competing in women's 40kg class, won three gold medals by lifting 54kg in snatch, 66kg in jerk and 120kg in total on the second day of the IWF Youth World Championships organized in Las Vegas, U.S.

Competing in the same class, Zeliha Ülker won three bronze medals by lifting 45kg in snatch, 62kg in jerk and 107kg in total.

Turkish athlete Bahar Korubeyi competing in women's 45kg class was not in the top three in snatch, but lifted 73 kg in jerk, coming third place.

The national athletes won 12 medals in total on the second day of IWF Youth World Championships with 4 gold, 2 silver and 6 bronze medals.

The Turkish team is competing at the championship that will end on March 15 with 7 male and 9 female athletes, 16 in total.