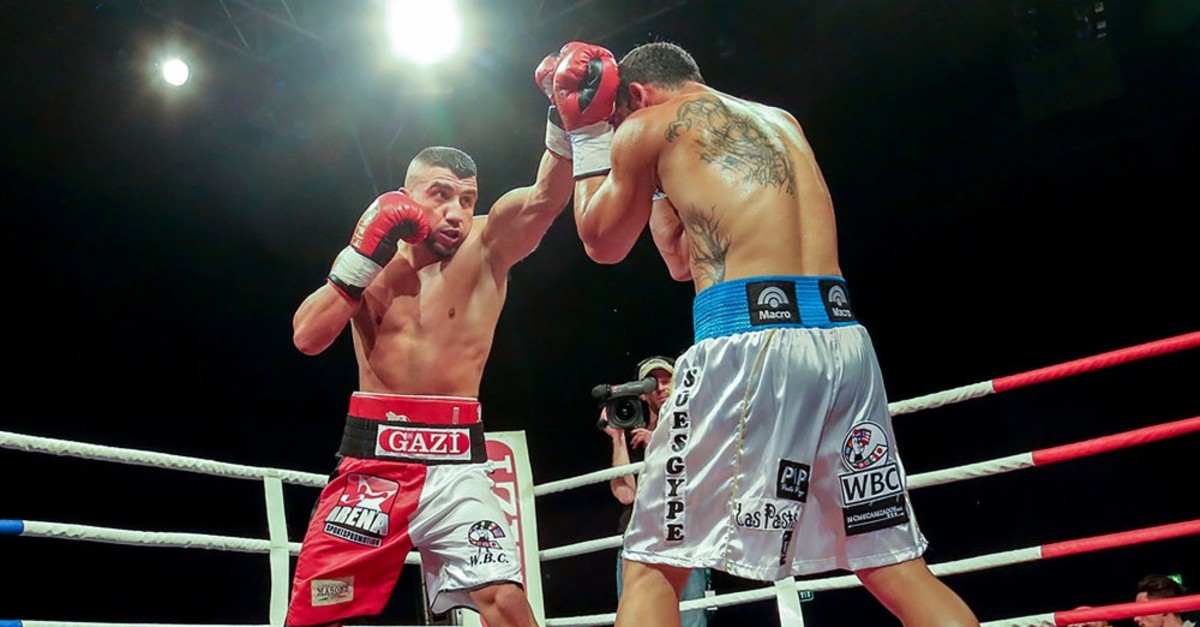 Turkish boxer Avni Yıldırım won his appeal against a controversial match awarded to his U.S. rival Anthony Dirrell over a technicality and vows to bring back the world super middleweight title he lost to Turkey

Flanked by World Boxing Council head Mauricio Sulaiman, Turkish boxer Avni Yıldırım announced that he would fight in a rematch with Anthony Dirrell one month after the U.S. boxer won a super middleweight title against Yıldırım over a technicality.

Sulaiman said the match in Minneapolis ended "in an unfortunate way." "Avni fought like a champion and unluckily, the match was interrupted due to a cut. It was an unfinished bout. I am proud of Dirrell too. Both fought in one of the best matches I've ever watched. Avni and his agent visited me after the match and I promised them that justice would prevail," Sulaiman stated.

Dirrell won a 10-round technical split decision to claim the title in the main event of the Premier Boxing Champions. The technical decision stemmed from Dirrell's cut over his left eye when he accidentally clashed heads with Yıldırım in the seventh round. His cut worsened by the 10th round and led to a stoppage of the bout. A judge scored in favor of Yıldırım with 98-92 but two other judges ruled 96-94 in favor of Dirrell who eventually won the second belt of his career. Yıldırım was visibly upset over the defeat and has said then that his dream to be first Turkish world champion was "finished without a clear ending." The boxer has stated that he accepted the result but wanted a rematch for "closure." Speaking at the press conference in Istanbul, Yıldırım's agent Ahmet Öner said the game stopped prematurely and they filed a complaint to the World Boxing Council (WBC), citing an irregularity.

"The WBC accepted our plea and Avni will have his right to a rematch," Öner said.

For his part, Yıldırım said there was "an unfortunate incident" in the bout against Dirrell and the title he "deserved" was taken from him. "It saddened all of Turkey," he noted. "The title victory is only postponed. I want to assure Turkey that the title will be ours in the end. I'll keep training to win it. I made a promise to the Turkish nation and I will fulfill it." "We showed the world that there are Turkish boxers too who can win world titles," a confident Yıldırım said at the press conference.

Dirrell, who boasts 24 knockouts in 33 wins, plans to retire this year after a career which was affected by a diagnosis with non-Hodgkin lymphoma and a motorcycle crash that forced him to lay off boxing for a long period. Before the announcement of the rematch with Yıldırım, he was rumored to be defending his title against former champion David Benavidez next. His fight against Yıldırım was his first in 10 months and he was overwhelmed by the Turkish boxer. The referee called a timeout when a cut under Dirrell's right eye got worse and the ringside doctor advised for the fight to be stopped. The subsequent technical decision that awarded Dirrell the title led Turkish media to criticize the judges over a "biased" ruling in the aftermath of a five-win streak by Yıldırım before taking on Dirrell. The statistics show Dirrell landed more punches than Yıldırım and the U.S. boxer claimed that he would have won anyway.

Avni Yıldırım has a long list of wins in international competitions and his most recent upset was at the hands of British boxer Chris Eubank Jr. in a 2017 match for the super middleweight title in Germany.