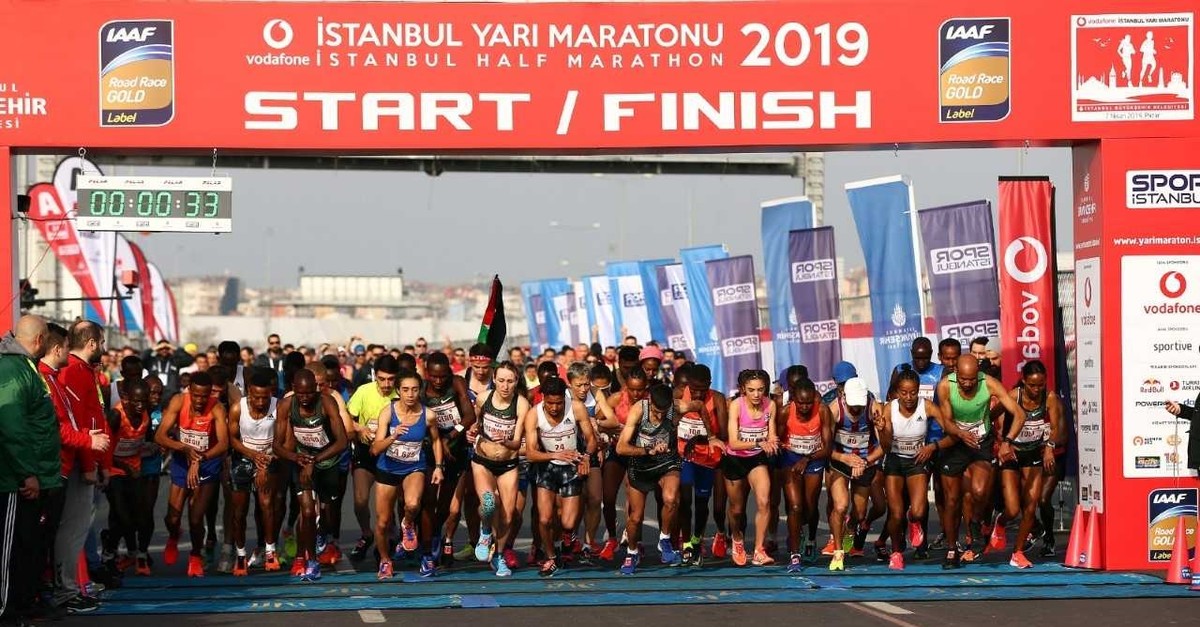 The Vodafone Istanbul Half Marathon, considered one of the best 10 half marathons in the world, was held for the 14th time. Kenyan Ruth Chepngetich won the 14th Istanbul Half Marathon women's title and Kenyan Benard Ngeno won the men's race by breaking the marathon records by completing the race in less than an hour on Sunday.

More than 10,000 athletes from almost 74 countries competed in the race, which is organized by the telecoms operator and the Istanbul Metropolitan Municipality.

Against the backdrop of the city's landmarks on the historic peninsula, runners competed in the categories of a 21-kilometer Half Marathon, 10K and Business Marathon.

The Deputy Ministers of Youth and Sports Halis Yunus Ersöz and Hamza Yerlikaya, Istanbul Deputy Governor Ahmet Hamdi Usta, and other officials gave the start signal for the marathon.

Ersöz thanked all participants and organizers of the marathon.

The marathon achieved the International Association of Athletics Federations' (IAAF) Gold Label for road races in 2017, boasting one of the smoothest and fastest routes in the world. With its unparalleled view of Istanbul's Golden Horn, the half marathon offers the opportunity for each runner to perform at his or her best with its zero-altitude track.