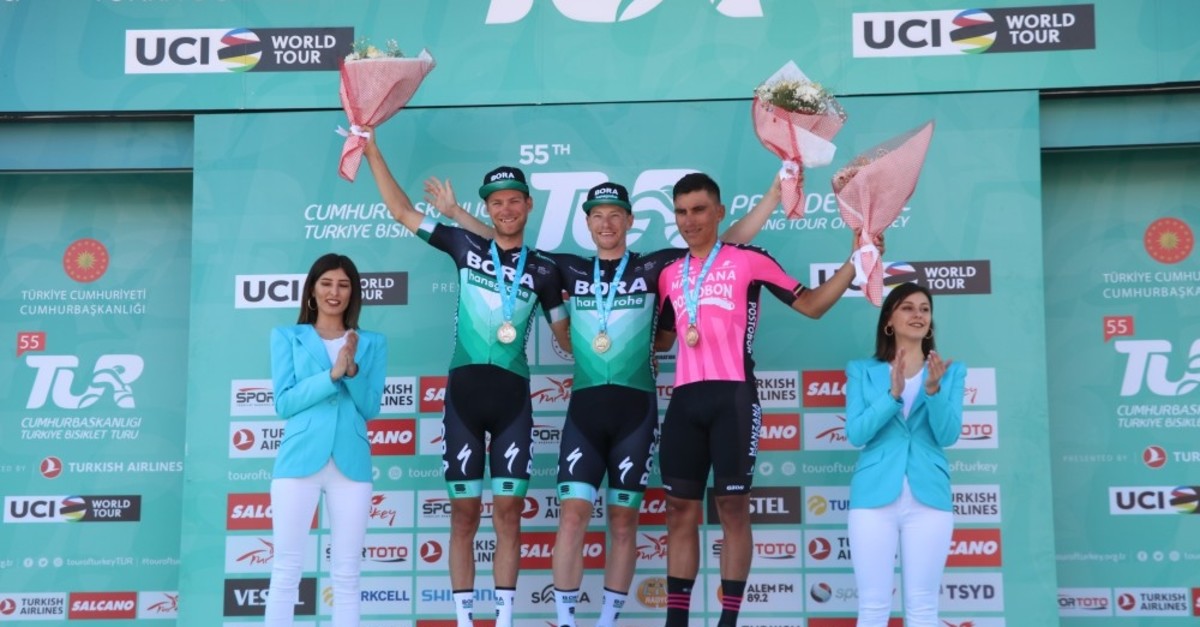 Irish cyclist Sam Bennett secured Wednesday his second consecutive win in the second stage of the prestigious Tour of Turkey. The 28-year-old cyclist, competing for Germany's Bora-Hansgrohe team, finished the 183.3-kilometer long race between Tekirdağ in northwestern Turkey and Eceabat in Tekirdağ's south in 4 hours, 11 minutes and 48 seconds. He won the uphill sprint after a lead-out train caught up on the one-man breakaway of his teammate Lukas Postlberger, who just could not keep it up in the final 100 meters.

This is Bennett's fifth sprint victory. He won three stages of the prestigious Giro last year and beat top sprinters in races this year.

The race, which is formally known as the Presidential Cycling Tour, will continue today with its third stage between Çanakkale and Edremit, a 122.6 kilometers long route. The race ends in Istanbul on Sunday after completion of all six stages, a course of 993.4 kilometers long.

The third stage begins in the province of Çanakkale where Eceabat is located and ends in the Edremit district. The longest stage, which covers 184.1 kilometers, takes cyclists from Balıkesir to Bursa. Yet, this will be less challenging for cyclists as the next stage between Bursa and Kartepe, which runs for 169.1 kilometers, takes them to snowy and steep Kartepe, a popular ski resort near Istanbul. The Tour of Turkey's last stage runs from Sakarya, where Kartepe is located, to Istanbul.

In recent years, most of the stages in the tour have been organized along the Mediterranean and Aegean coasts. This year, the race moved to different parts of the country in order to promote the historical and natural richness of these regions through cycling; the race is being held in the Marmara region this time around.