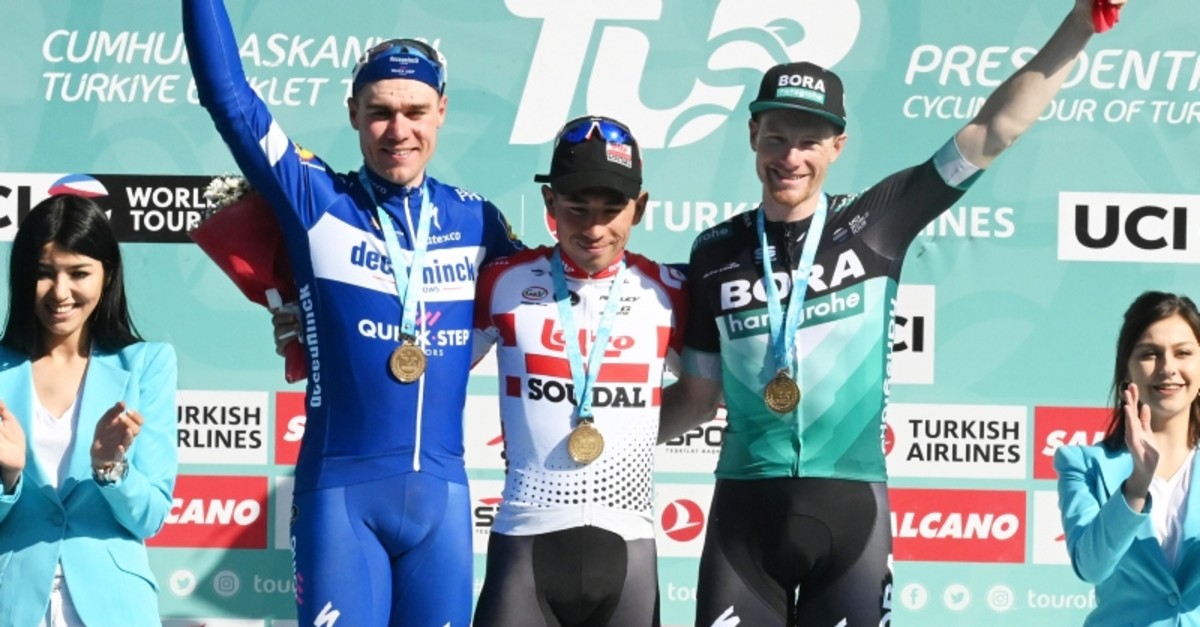 Cyclists rode through the Eurasia tunnel connecting Asia to Europe beneath the Bosporus Strait to finish at Sultanahmet Square in Istanbul.

The 25-year old Austrian Grossschartner, who rides for the Bora-Hansgrohe team, won the six-stage tour of nearly 1000 kilometers (621 miles).

Ewan, who rides for Lotto-Soudal picked up his second stage success of the race, holding off Dutch rider Fabio Jakobsen of Deceuninck and Ireland's Sam Bennett of Bora.

A five-strong group slipped the peloton early only to be reeled in 5 kilometers from the line.

Bennett then took control through the winding streets into Istanbul but the Bora rider could not hold off Ewan, who took the ultimate stage by four seconds from Jakobsen with Bennett three seconds further away.

The 55th edition of the five-day presidential Tour of Turkey included 119 cyclists from 17 teams. The tour kicked off in Istanbul on Tuesday as a part of the "UCI World Tour" calendar for the third time.