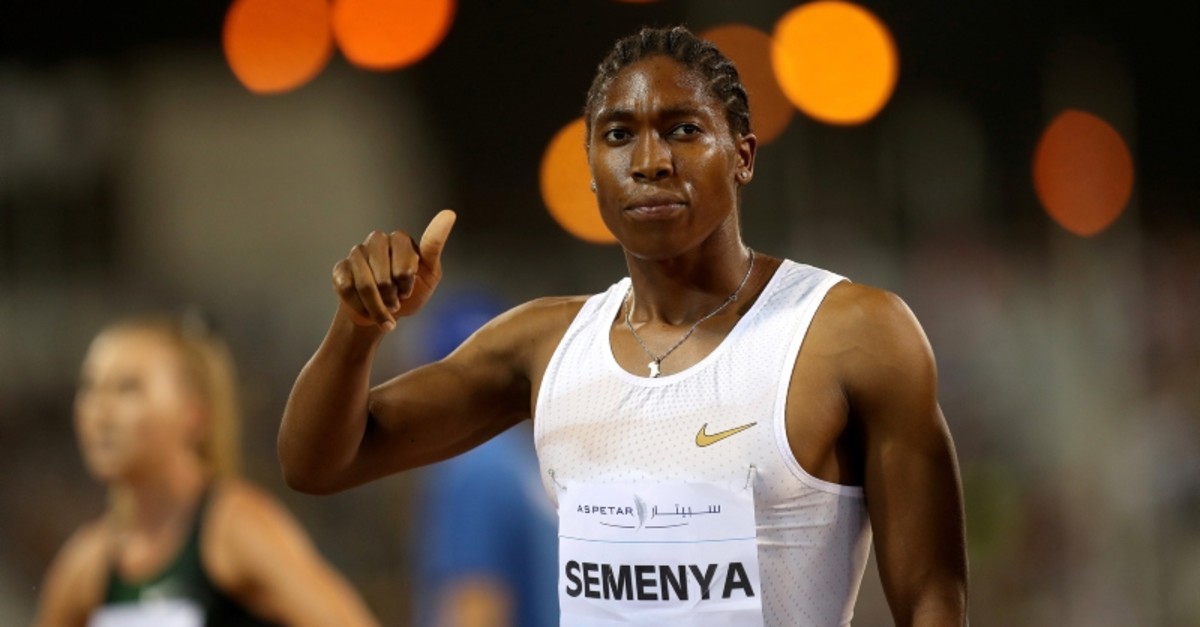 Caster Semenya lost her appeal Wednesday against rules designed to decrease naturally high testosterone levels in some female runners, even as judges labeled the regulations "discriminatory."

The Court of Arbitration for Sport's panel of three judges gave a complex verdict and "dismissed both requests for arbitration" from Semenya and the governing body of track and field.

In a landmark judgment, the court says the IAAF's proposed rules on athletes with "differences of sex development (DSD)" are discriminatory.

However, the judges ruled 2-1 that "on the basis of the evidence submitted by the parties, such discrimination is a necessary, reasonable and proportionate means of achieving the IAAF's aim of preserving the integrity of female athletics in the Restricted Events."

The IAAF believes female runners with high testosterone levels have an unfair advantage in events from 400 meters to the mile.

Semenya, a two-time Olympic champion in the 800 meters, will now be forced to medicate to suppress her testosterone levels if she wants to defend her world title in September in Doha, Qatar.

"I know that the IAAF's regulations have always targeted me specifically," the South African runner said in a statement released by her lawyers. "For a decade the IAAF has tried to slow me down, but this has actually made me stronger. The decision of the CAS will not hold me back. I will once again rise above and continue to inspire young women and athletes in South Africa and around the world."

The 28-year-old Semenya also posted a statement on her Twitter account shortly after the verdict was announced, saying "Sometimes it's better to react with no reaction."

Semenya was traveling to Doha on Wednesday for the first Diamond League track meet of the season, where she is expected to race in the 800 on Friday. The Diamond League is an annual series of meets for the top athletes in the world, and the Doha event is the last one before the new rules apply.

Still, the CAS panel "strongly encouraged" the IAAF to note its concerns when applying the rules, which the judges believe might have to be modified in the future to be fair.

The Monaco-based IAAF said in a statement it was grateful to the court and would apply the rules starting next Wednesday. That gives affected runners wishing to race at the Sept. 28-Oct. 6 world championships one week to begin medicating and submit to a blood test.

That is a "special transitional provision" because the IAAF rules require women to lower their testosterone levels below 5 nanomoles per liter of blood for at least six continuous months to be eligible for top-level events.

The IAAF went into the case with the scientific argument that female runners with high testosterone levels have an unfair advantage in events from 400 meters to the mile.

However, the judges want the IAAF to begin applying the rules only up to the 800 because the evidence was not clear that women with hyperandrogenism have a competitive advantage in the 1,500.

"The CAS Panel suggested that the IAAF consider deferring the application of the DSD Regulations to these events (1,500 and the mile) until more evidence is available," the court said.

That could give Semenya a route to compete at the world championships without taking medication, such as birth control pills.

In its statement, the IAAF did not say it would follow the CAS judges' advice to delay applying the rules to the 1,500.

A further appeal is possible to Switzerland's supreme court in Lausanne. Federal judges rarely overturn CAS decisions but can intervene if legal process was abused.

Wednesday's verdict followed a five-day hearing in February that was among the longest in the court's 35-year history. Semenya spent the week in Lausanne attending sessions and IAAF president Sebastian Coe was at court on the opening day.

The scrutiny of Semenya's body has cast doubt on the integrity of her track achievements throughout her career.

As a teenager in 2009, she won her first world title in Berlin. Hours before the race, the IAAF had asked for Semenya to undergo a gender verification test.

Semenya's case was the second attempt by the IAAF to regulate DSD athletes at CAS.

In 2015, a panel including two of the same judges who heard Semenya's case suspended the IAAF's first attempt in an appeal brought by Indian sprinter Dutee Chand.

The judges four years ago said the IAAF did not prove hyperandrogenic women gained a significant competitive advantage, and invited the governing body to submit new evidence. The IAAF's fresh scientific study was the basis of rules published one year ago, then challenged by Semenya, and put on hold pending Wednesday's verdict.

Semenya is not the only female athlete with high natural levels of testosterone but has become an unwilling face of the issue.

Two weeks ago, Olympic silver medalist Francine Niyonsaba of Burundi confirmed she has the same hyperandrogenism as her rival in the 800.

Referring to the rule, Niyonsaba said: "For me, it's about discrimination. It doesn't make sense. I didn't choose to be born like this. What am I? I'm created by god."

Testosterone is a hormone that strengthens muscle tone and bone mass. If injected or ingested, testosterone is a doping product that would risk a four-year ban for a positive test.

Both Semenya and Niyonsaba are likely to run several seconds slower in the 800 if they now medicate. After CAS suspended its previous rules in the Chand verdict, Semenya won a second Olympic title in the 800 at the 2016 Rio de Janeiro Games. Her time of 1 minute, 55.28 seconds was more than four seconds faster than her best times in the previous two seasons.