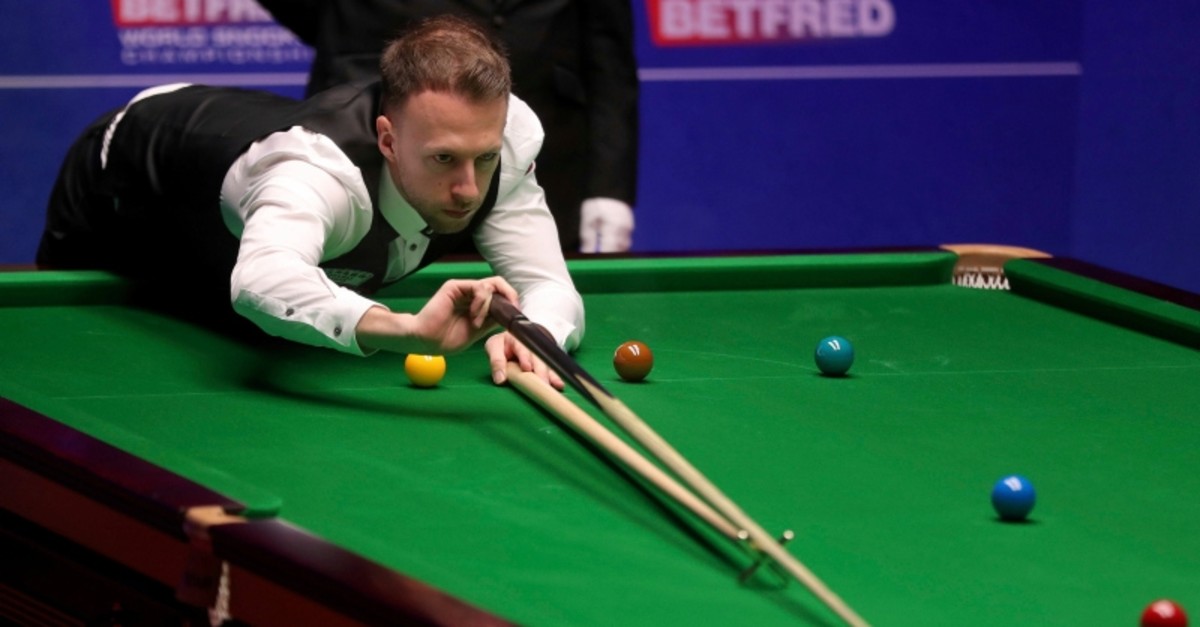 Judd Trump at the table during his match against John Higgins, during Final of the World Snooker Championship in Sheffield, England, Monday May 6, 2019. (AP Photo)
by May 06, 2019 10:15 pm

Victory gave Trump, beaten in the 2011 final by Scotland's Higgins, his maiden world title and saw him join the list of snooker players to have completed a career Grand Slam following previous successes in the UK Championship and Masters tournaments.

Trump was on the brink of victory at 16-9 when Monday's evening session got underway and the 29-year-old made quick work of securing the two frames he required to be crowned champion with breaks of 94 and 62.

Trump had been outstanding in winning eight frames in a row on Sunday to establish a 12-5 overnight lead against Higgins.

But the impressive overall standard of both players in this match was shown by an afternoon session on Monday that started with Higgins nearly achieving a maximum break of 147 and ended with Trump just falling short of the landmark.

The 43-year-old Higgins potted all 15 reds, including an outlandish double on the last, as he closed in on a maximum before missing a relatively simple black.

Higgins then won the next as well to reduce the deficit to 12-7.

But Trump, who had needed a final frame to beat Thepchaiya Un-Nooh and then came from behind in his second-round match with China's Ding Junhui, stopped Higgins' fightback with a brilliant 101.

It was his fifth century break of the match.

Trump then produced a composed break of 71 following a poor break-off shot by Higgins as he moved into a 14-7 lead at the mid-session interval.

Trump maintained his form when the match resumed, potting a brilliant opening long red and playing several superb positional shots in a commanding break of 126.

Higgins, with breaks of 67 and 70, at least avoided losing the match with a session to spare before Trump finished the afternoon's play in style.

There seemed little prospect of a 147 when Trump, on 80, was left with a tough angle on the black and easier colours available to him.

But he made no mistake with a difficult pot and completed yet another century break before narrowly missing a tough red to the left middle pocket.